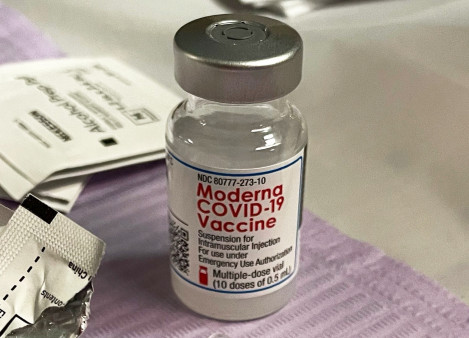 October 13, 2021 • By Erin Bryant and National Institutes of Health

The Moderna and Pfizer mRNA vaccines against COVID-19 have shown greater than 90% effectiveness soon after the second dose. Studies suggest that protective immunity remains high, with only slight decreases, over six months. However, scientists are still working to understand how immunity against the virus develops after vaccination and changes over time.

Researchers believe that strong responses from both neutralizing antibodies and immune cells called T cells are necessary for immunity. Memory T cells linger in the body to recognize and protect against previously encountered pathogens. Recent studies indicate these may be crucial for lasting protection against COVID-19.

A research team led by Drs. Daniela Weiskopf, Shane Crotty, and Alessandro Sette of the La Jolla Institute for Immunology looked at immune memory six months after vaccination. They were also interested in how immune memory from previous exposure to coronaviruses, which can cause common colds, might affect the vaccine-induced immune response.

The work was primarily funded by NIH’s National Institute of Allergy and Infectious Diseases (NIAID). Results appeared in Science on September 14, 2021.

The study examined 35 participants enrolled in a Phase 1 clinical trial of the Moderna vaccine. They had received two 25-microgram injections—a quarter of the standard dose authorized for emergency use by the FDA.

The team also found that the vaccine generated similar immune memory against the SARS-CoV-2 spike protein to that of natural infection. Levels of antibodies, CD4+ T cells, and CD8+ T cells six months after vaccination were comparable to those in recovered individuals.

In addition, the researchers found that “cross-reactive” T cells—those made during infection with other coronaviruses that can cause the common cold—enhanced the vaccine response. People with cross-reactive T cells before vaccination had significantly stronger CD4+ T cell and antibody responses.

Taken together, the study suggests that immune memory resulting from the Moderna vaccine, even at low doses, is long-lasting.

“The immune memory was stable, and that was impressive,” Crotty says. “That’s a good indicator of the durability of mRNA vaccines.”

This research summary was originally published by the Food and Drug Administration/National Institutes of Health on October 5, 2021.