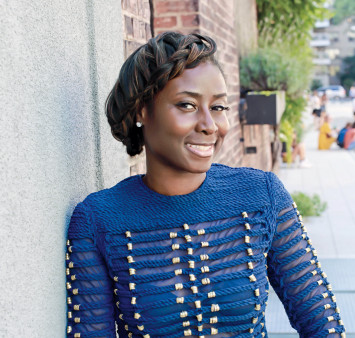 Yolanda Brunson-Sarrabo was diagnosed with smoldering myeloma in 2008. Now in her 40s, the Pennsylvania resident is a writer, certified fitness trainer and patient empowerment advocate.

I saw my primary care doctor for a checkup. The tests showed my blood proteins were high, around 2,000 grams per deciliter, and he wanted me to see a hematologist. He didn’t explain why, but I learned later that a normal protein range is 6 to 8 g/dL. Two weeks later, he called me again and was adamant that I see a specialist. That scared me a little bit.

My first hematologist was not accustomed to treating people my age with multiple myeloma. I was in my 30s, and it usually strikes people in their 70s. He wanted me to take thalidomide, which was then used for treatment. He sent me home with a horrible video on the dangers of the drug, which was his way of telling me and my husband not to get pregnant because it can cause serious birth defects. We decided to seek a second opinion.

An oncologist friend advised me to speak with Robert Kyle, a myeloma specialist at the Mayo Clinic. Dr. Kyle reviewed my test results and told me that I wasn’t yet at the multiple myeloma stage—I had asymptomatic, or smoldering, myeloma, and he didn’t think I needed treatment yet. He recommended a specialist in New York whom I still see today.

After redoing all the tests the first doctor did, my new doctor agreed there was no need to treat, just monitor. For five years, I’d go to the hospital before work once a week to have my blood drawn. 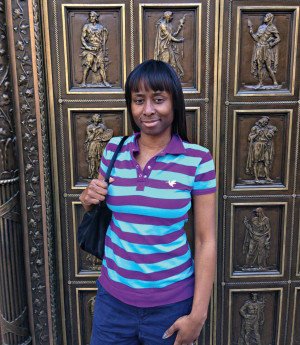 I underwent surgery for an unrelated condition, which threw my body out of whack and sent my numbers rising. I published a book, Another Face of Multiple Myeloma, about my early years with the cancer and what I learned.

Writing has been cathartic for me. Many African Americans are affected by multiple myeloma, but few are my age and I needed to see other people who looked like me. Hopefully, writing about my experience helps others with questions like mine.

My blood protein level had skyrocketed to over 7,000 g/dL. My doctor said, “OK, now we have to react.” I started taking Revlimid, dexamethasone and Velcade, which was a shot in the belly every Thursday before work. I was nauseous all the time. I was working long days in the fashion industry, which doesn’t care what else you have going on. So I never shared my diagnosis or treatment at work.

Things were going well. My protein level was at 450 g/dL and my doctor wanted my numbers to go even lower. However, I was still working crazy hours at a stressful job, so I told him I wanted to stick with the same regimen, especially since the side effects had finally subsided.

I left the job I’d had since 2003. My doctor thought it was a perfect time to up the ante. We stopped Velcade and started Kyprolis to try to lower my numbers, which had been stagnant for the past six months.

Because of potential side effects, I had to do a stress test and have my blood pressure monitored. Kyprolis was administered intravenously over two to three hours, which meant I was spending much more time at the hospital every week.

I had been working on improving my physical fitness, and I decided to get certified as a fitness trainer. One of the nurses at my weekly treatments would study with me. It was a lot of work.

My myeloma blood panel showed I had an M spike of zero, meaning my level of myeloma proteins was zero. My doctor and I were excited the regimen was working so well. 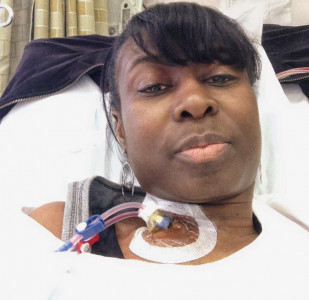 Since my numbers were still normal, my doctor gave me new options: Continue with the same regimen, continue Revlimid and dexamethasone without Kyprolis, or start immunotherapy. I chose to stop Kyprolis. Some of the things I read about immunotherapy scared me, and my doctor couldn’t predict how my body would react. I thought, Let’s keep going with what’s been working.

My numbers still looked good. In November, I’ll do a bone marrow biopsy, and if there’s no residual myeloma, I’ll have the option to stop medication entirely. Multiple myeloma can be tricky. I may want to stay on some medication as maintenance therapy. My doctor and I will talk about it. After 10 years together, my doctor and I have had our ups and downs. We don’t always agree but we respect each other. He’ll suggest something, and I’ll research it, and if I don’t want to put my body through it, it’s like, “Nope.” You have to advocate for yourself, and you have to do a lot of homework.

I finally got my fitness trainer certification. I want to work with people who have chronic conditions and help people in my community. We want to be fit and healthy, but it has to make sense for our physical condition and abilities.

I’ve written for Patient Power, the Myeloma Crowd and Blood-Cancer.com. People reach out to me on social media, thanking me for encouraging them. I’ve met people who’ve just been diagnosed, people who are trying to get through treatment, people whom treatment just can’t help. My story could be so different. I’m very blessed.

What is multiple myeloma?

Multiple myeloma is a blood cancer that affects the bone marrow, where blood cells are produced. Abnormal plasma cells multiply too rapidly, crowd out normal cells and make ineffective antibody fragments. This can lead to bone fractures, low blood counts and increased risk of infection. The abnormal antibody proteins can raise the total blood protein level, which is often how myeloma is first detected. A steep rise in a specific monoclonal, or M, protein is called an M spike.