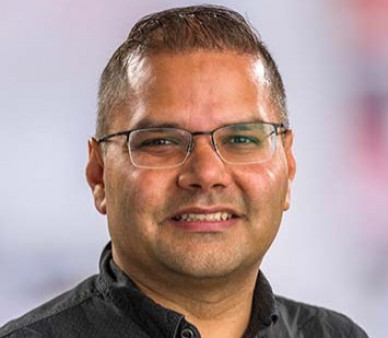 David MacPherson, PhD, discusses the state of SCLC research, how his lab is tackling this deadly disease, and what makes him excited for the future.

About 15 percent of lung tumors are small-cell-cell lung cancer. Treatment for this aggressive and deadly malignancy has remained nearly unchanged for decades. Recently, however, immunotherapy drugs have modestly extended patient survival. But researchers are trying to do more.

Fred Hutchinson Cancer Research Center small-cell-cell lung cancer expert David MacPherson, PhD, is working to understand the biology of the disease in order to develop more effective, targeted therapies. He chatted about his most recent work, published in the journal Science Signaling, as well as the state of small-cell cell lung cancer research and what gives him hope for the future. The interview has been edited and condensed.

Can you give us a primer on small-cell cell lung cancer, and why more research is needed?

This is one of the most aggressive of all cancer types. It’s also about the sixth most frequent cause of cancer deaths in the U.S. But despite the high number of patients dying from small-cell cell every year, there have been relatively few labs that have historically been studying this disease. We have a very poor understanding of the biology of small-cell cell compared to a lot of other prevalent tumor types.

Until very recently the treatment was the same chemotherapy as it was about 30 years ago. In about two-thirds of cases, patients respond very well, but the problem is that the patient then comes back to the clinic months later with chemotherapy-resistant, recalcitrant tumors. There’s very little that can be done for those patients. The recent addition of immune checkpoint inhibitors to the chemotherapy regimen has provided some improvements in response and standard of care, but extensions in survival were modest. It’s really a tumor type where we need to do a better job in the clinic.

That led to the National Cancer Institute supporting small-cell cell–specific research through a consortium that I’m a part of. That has helped to bring new people and projects and deeper investigation of basic mechanisms into the small-cell cell lung cancer field. Our knowledge of small-cell cell is improving, but we have a ways to go.

How does your research fit into this changing landscape?

Five years ago my lab was working on four different tumor types. Now my lab is completely focused on small-cell cell lung cancer. We use many different approaches to better understand the disease. One strategy we take is to employ genetically engineered mouse models to break down this very complex tumor type into simplified subsets that harbor defined gene mutations. This helps us understand how frequently mutated genes contribute to the disease, and it can also give us new ideas for therapeutic strategies.

We complement our mouse-modeling efforts using patient-derived xenograft, or PDX, models, which are tumors derived from patient cells that are grown in mice. We have some rich clinical collaborations where we get to make PDX models of small-cell cell lung cancer using blood samples from small-cell-cell patients, which happen to harbor many circulating tumor cells.

Your latest paper focuses on untangling why a specific small-cell cell tumor responds so well to a targeted drug. Tell us more about your findings.

In my lab, we have been intrigued by our observation that many small-cell cell tumors in human patients have mutations in chromatin regulators. These and other observations led us to the idea that there may be subsets of small-cell cell lung cancer that may have increased sensitivity to these compounds.

We tested responses to this inhibitor across a panel of PDX models. We found that there were varied responses, from lack of response to partial responses, to one model where we saw an impressive complete tumor regression. This PDX model was derived from a patient with a chemo-resistant tumor.

In this paper we probed the molecular basis of this exceptional response, using genetic approaches to look at various aspects of this [molecular] pathway. We went from an interesting correlation to working out a key part of the pathway.

Going forward, we would like to better link things happening at a genetic level [in the tumor] to the drug response. We want to identify specific features of this exceptionally responding tumor that we can use to predict strong responses in other tumors.

Tell us more about your how your lab seeks out new strategies for small-cell cell lung cancer treatment.

We try to understand how the major genes that are mutated in small-cell cell lung cancer function. This can provide new ideas for treatment strategies that reverse a mutation’s effects. The other approach we take is more systematic. We routinely perform genome-scale functional screens [which look at how all the genes in a cell contribute to its survival and proliferation] to identify new therapeutic vulnerabilities.

Once we identify a genetic dependency, we can quickly move to test a [drug that targets it, called a] small-cell-molecule inhibitor, and see if that inhibitor would also lead to specific killing [of that subtype of cancer cells]. And then because we have the right genetically engineered mouse models, and we have PDX models in hand, we can rapidly test these hypotheses [in a living system].

What is getting you excited for the future of small-cell cell lung cancer research?

For me, the excitement lies in that we’re starting to delve deeply into the basic biology of this tumor type and understand what the key genes in small-cell cell lung cancer are doing. But it’s going to take some time before that understanding translates to more effective therapies. Thinking about ways to augment the immune response to small-cell cell is also a very promising new direction in the field and for my lab.

One thing that is encouraging is the extent of the initial response to chemotherapy we so often see. If we better understood why tumors later develop resistance, maybe we could harness that initial response. By combining chemotherapy up front with the right targeted agent, perhaps we could achieve complete killing of these cells.

In the future what we’d really like to do is treat patients with targeted agents in a rational way, based on the biology of their tumor type.

This article was originally published on February 7, 2019, by Hutch News. It is republished with permission.