Scientists have discovered a swifter and more precise way to edit the genome of immune cells, opening doors for cancer and HIV therapies.

Researchers have developed a new cutting-edge way to edit the genome of CD4 immune cells that is faster and more precise than currently used methods, The New York Times reports. While early research into this method has focused on manipulating immune cells to treat cancer or autoimmune disease, scientists believe it could be used to engineer HIV-resistant CD4 cells.

Currently, researchers in the gene-editing field commonly use a deactivated virus, known as a viral vector, to deliver genetic code into cells. In the HIV cure arena, scientists will, for example, draw stem cells that give rise to CD4 cells from an individual with the virus and use viral vectors to insert new genes into those cells that lack a key co-receptor on their surface to which HIV attaches in order to infect the cell. The scientists will then cultivate a large number of such stem cells, reinfuse them into the individual’s body and hope they flourish and populate the immune system with a long-lasting source of immune cells impervious to HIV’s assault.

Such gene editing is time-consuming and expensive, limiting the scalability of such a treatment if ever researchers brought one to market. The cancer treatment realm has seen some early gene therapy successes.

Publishing their findings in the journal Nature, researchers developed a method that harnesses the power of electrical fields, rather than viral vectors, to deliver new genes to immune cells with the CRISPR-Cas9 genome-targeting method. The electrical field manipulates cells to allow the CRISPR tool, which acts as a kind of genetic scissors, to permeate those cells while preserving their viability and function.

Compared with the more haphazard effects of a viral vector that delivers new genes essentially at random, the electrical-field-based editing system can more precisely snip immune-cell DNA and splice in new health-promoting genetic code. The new method is also much faster, reducing the editing process from months or even a year to a matter of mere weeks.

The study team engineered immune cells to identify and attack melanoma cells and found that when given to mice, these edited cells succeeded in assaulting such malignant cells.

Additionally, the investigators conducted laboratory experiments in which they edited the immune cells of children with a rare autoimmune disorder in order to correct the genetic abnormality causing the condition. Next, they plan to reinfuse the edited cells into the children with the goal of curing them. 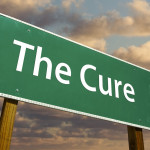