Australian researchers conducted experiments on mice that they fed only every other day.

Australian researchers, studying mice, have refined their understanding of how intermittent fasting affects the signaling pathways of liver proteins. Such insights put the scientists on a path toward figuring out how eating only within specific blocks of time may prevent liver disease in particular and to identifying the optimum scheduling for intermittent fasting.

The findings are also poised to aid scientists studying cancer, cardiovascular disease and diabetes as they seek to develop new interventions to reduce the risk of disease.

Publishing their findings in the journal Cell Reports, investigators at the University of Sydney fed lab mice only every other day and discovered that a protein called HNF4-(alpha), which regulates an array of liver genes, is instrumental to intermittent fasting’s benefits to the liver.

Every-other-day eating inhibited this protein, which in turn lowered the level of blood proteins in the context of protein and also affected the synthesis of bile.

This awareness of how intermittent fasting affects the metabolism of fatty acids could, the researchers believe, be used as a means to develop ways to improve glucose tolerance and diabetes regulation.

“We know that fasting can be an effective intervention to treat disease and improve liver health. But we haven’t known how fasting reprograms liver proteins, which perform a diverse array of essential metabolic functions,” said Mark Larance, PhD, of the Cancer Institute of New South Wales. “By studying the impact on proteins in the livers of mice, which are suitable human biological models, we now have a much better understanding of how this happens.” 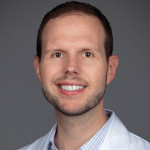 Care of the Heart