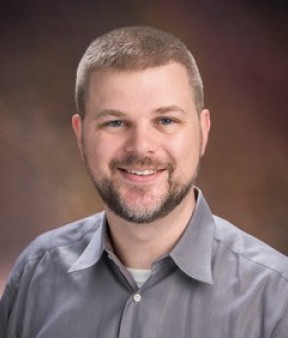 Prior chemotherapy can compromise CAR-T therapy, and HER2 mutations may confer resistance to hormone therapy.

Children who received prior chemotherapy were more likely to have exhausted T cells that are not suitable for chimeric antigen receptor T cell (CAR-T) gene therapy, according to data presented at a media briefing in advance of the American Association for Cancer Research (AACR) annual meeting coming up in April. What’s more, patients with leukemia had better quality T cells than those with other cancer types.

Another study to be presented at the conference showed that women with certain human epidermal growth factor receptor 2 (HER2) mutations were more likely to develop resistance to hormone therapy for breast cancer.

David Barrett, MD, PhD, of the Children’s Hospital of Philadelphia described research aimed at understanding why CAR-T therapy works for some patients but not others.

CAR-T therapy is made by genetically reprogramming a patient’s T cells—the main soldiers of the immune system—to attack cancer. T cells are extracted from the body, frozen and shipped to a manufacturing facility, where an inactivated virus is used to insert a gene that enables the cells to target a protein on cancer cells. The modified T cells are then multiplied in the laboratory and infused back into the patient.

T cells from several of the first children the researchers tried to treat "looked exhausted when we first collected them and they either did not survive the lab process to turn them into CAR-T cells or did not have enough energy left to work in the patient as a result," Barrett said in an AACR news release.

Across all cancer types, T cell quality deteriorated with cumulative use of chemotherapy. Certain classes of drugs that damage mitochondria (tiny organs within cells that generate energy)—including cyclophosphamide and doxorubicin—are especially toxic to naive T cells, and their use predicted poor CAR-T therapy potential.

Barrett explained that some types of chemotherapy are harmful to the T cells’ spare respiratory capacity, a measure of a cell’s energy reserve based on the number and health of mitochondria. T cells with a low energy reserve may not survive the extraction and manufacturing process, may not proliferate after being put back into the body or may die before they can kill off the cancer.

T cells with poor CAR-T therapy potential tended to use glycolysis (breakdown of glucose) as a fuel source, while more suitable T cells used glutamine or fatty acids, Barrett said. However, the researchers showed that it was possible to force T cells in the laboratory to use fatty acids as fuel, which restores their energy reserve. This approach has not yet been tried in patients.

“We have gotten CAR-T cells to work for leukemias but not yet been very successful in solid tumors,” he said. “There are a number of potential reasons for this, but our data suggest poor T-cell starting material may be a key first problem. The T cells from solid tumor patients may need different manufacturing protocols to be successful.”

He recommended that doctors collect T cells early in the treatment process—even if a patient is not yet eligible for CAR-T therapy—before they are damaged by chemotherapy.

HER2 Mutations and Hormone Therapy

Another study looked at factors that contribute to resistance to hormone therapy in breast cancer patients.

Breast cancer is classified according to the kind of receptors it expresses. A majority of breast tumors carry hormone receptors for estrogen (known as ER-positive), and treatment usually includes hormone-blocking medications. Other tumors express the HER2 receptor and can be treated with HER2 blockers such as Herceptin (trastuzumab). Triple-negative breast cancer doesn’t express any of these receptors and is more difficult to treat.

“Despite the reduction in breast cancer recurrence and mortality provided by ER-targeted therapies, resistant ER-positive metastatic breast cancer remains the most common cause of breast cancer death because patients invariably develop resistance and stop responding to these drugs,” Utthara Nayar, PhD, of the Dana-Farber Cancer Institute and Harvard Medical School in Boston said in an AACR news release.

Nayar’s team performed genetic sequencing of tumor biopsy samples from 168 patients with ER-positive metastatic (spread beyond its original site) breast cancer that was resistance to hormone therapy. Prior research has shows that about 25 to 30 percent of people with ER-positive metastatic breast cancer have so-called activating mutations, she said.

“It was surprising to discover that HER2 mutations can be acquired in the metastatic setting, suggesting that these tumors evolve,” said senior study author Nikhil Wagle, MD, also of Dana-Farber and Harvard. “These HER2 mutations seem to be a mechanism of resistance to therapies that target the estrogen receptor, which explains the context in which they are acquired.”

The researchers found that hormone therapy resistance due to HER2 mutations could be overcome using the tyrosine kinase inhibitor Nerlynx (neratinib) plus the estrogen receptor antagonist Faslodex (fulvestrant) in a laboratory study. This combination was evaluated in a phase II trial, resulting in a partial response lasting six months, according to Nayar.

“Our study highlights how important it is to profile resistant metastatic tumors, since these tumors may harbor targetable mechanisms of resistance that were not present in the original tumor biopsy,” Wagle said. “Repeated sequencing of tumors can pinpoint new genetic changes that cause resistance to therapies. This in turn can enable physicians to personalize therapy depending on the specific genetic changes in a patient’s tumor over time.”