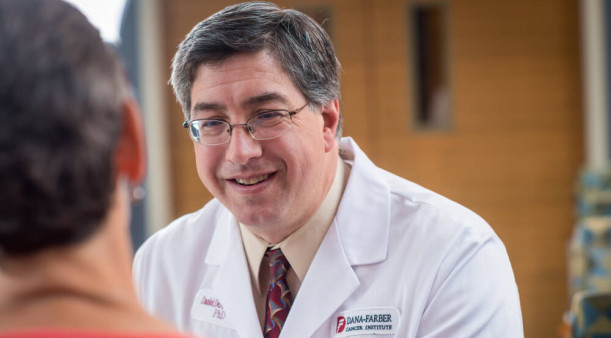 New Therapies Spark Leap in Treatment of AML in Adults

The approvals amount to a “game-changer for how we think about treating different groups of patients with AML.”

In just over a year, the treatment of acute myelogenous leukemia (AML) in adult patients has undergone something of a revolution. Since mid-2017, the U.S. Food and Drug Administration has approved nine new targeted therapies for the disease, in contrast to none during the previous 12 years.

The approvals amount to a “game-changer for how we think about treating different groups of patients with AML,” says Daniel DeAngelo, MD, PhD, chief of the Division of Leukemia at Dana-Farber. While the approvals are limited to specific subsets of patients — based on age, the genetic characteristics of the cancer, and other factors — trials are underway to determine if the drugs are also safe and effective in others with AML.

The newly approved agents include:

The collection of newly approved drugs for AML represents a flowering of years of research into the disease. Because the new agents target specific abnormal proteins, they’re approved only for patients whose leukemia cells carry those abnormalities. Patients therefore need to have their tumor tissue tested for molecular irregularities before the disease relapses in order to determine if they are eligible for any of the new therapies.

This article was originally published on May 22, 2019, by Dana-Farber Cancer Institute. It is republished with permission.