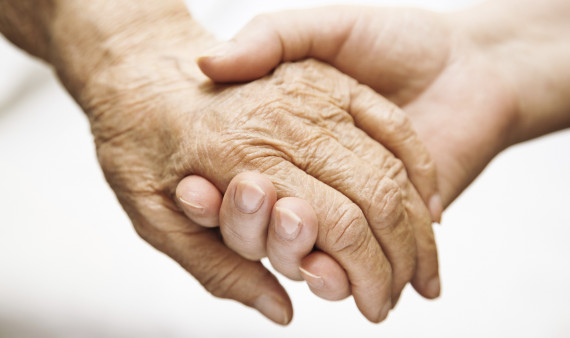 Three quarters of those who opted for medical aid to end their lives were people with cancer.

Medical aid in dying is more likely to be a choice for older, wealthier, better-educated and white people living with cancer, according to study results published in the Journal of the American Geriatrics Society.

Medical aid in dying (MAID), or use of medications to hasten death for people with incurable illness and a short life expectancy (typically six months or less), remains illegal in most of the United States. Some 74 million people live in the nine jurisdictions that permit MAID, and 87 million others live in 14 states where it is being considered for future legislation. Previous research on the demographics of people who choose MAID has been limited to Oregon (which adopted a Death With Dignity Act in 1997) and Washington State (which did so in 2008).

“Further research in this area is necessary because, although MAID will likely never account for more than a small portion of deaths, it is becoming more common in the states where it is legal, and it’s currently on the legislative agenda of another 14 states,” Elissa Kozlov, PhD, of the Rutgers School of Public Health in New Jersey, said in a press release.

Kozlov and colleagues collated data from the nine jurisdictions with legal MAID using public records from 1998 to 2020. Over the 23-year period, 8,451 people received a prescription for MAID, and 5,329 people chose the option.

Men and women were about equally likely to choose MAID (53% and 47%, respectively). The median age of people who opted for MAID was 74 years. Nearly 60% of the people who died with medical aid were between ages 65 and 84, but 8% were ages 54 or younger.

White people used MAID more than other racial/ethnic groups, accounting for 96% of those who did so. Some 72% were college educated, and 74% had cancer. Among those who were prescribed MAID (but didn’t necessarily use it), 43% were ages 65 or older, 89% were white and 69% had cancer.

Most people who sought MAID had experience with hospice care, but almost all (90%) opted to die at home. Most (88%) informed their families about their decision. As MAID laws have matured, the number of people who choose the option has increased.

Whether personal choice, systemic bias or other factors drive these disparities in prescription and use of MAID is unclear. One possible explanation is that laws surrounding MAID can be difficult to parse, especially for people who have less education, are members of minority groups or have terminal illnesses besides cancer.

“We don’t know if these numbers reflect genuine, underlying differences in group preferences or disparities in how laws are written or services provided,” said Kozlov. “But such large differences in utilization are always a red flag that demands further investigation, and if that investigation finds disparities that make it harder for some groups to access desired medical services, we need to correct them.”

Where MAID is legal, two doctors must attest that the individual will die within six months. Once a prescription for lethal medication is obtained, the drugs can be difficult to procure, as they are expensive and rarely covered by insurance. In particular, Medicare, the primary insurer of older Americans, does not pay for costs associated with MAID.

“Many doctors will not participate in MAID, and many who will don’t necessarily advertise the fact,” Kozlov added. “You have to be well connected within a network of doctors or skilled in researching such matters, and that’s one possible explanation of why well-educated people are disproportionately represented in our findings.”

Click here to read the study of the Journal of the American Geriatrics Society.
Click here to learn more about palliative care and hospice care.