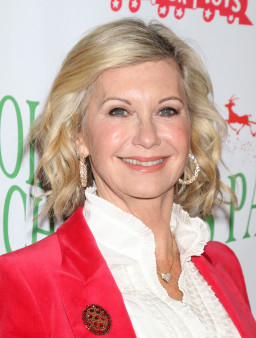 As a public figure, Olivia Newton-John is no stranger to rumors. But recent claims that the singer was on her deathbed because of her recent breast cancer battle has led her to speak out, reports The Guardian.

“I just want to say that rumours of my death have been greatly exaggerated, to quote a very famous quote,” said Newton-John in a 27-second video posted on her Twitter.

She continued, “I’m doing great and I want to wish all of you the happiest, healthiest 2019 that’s possible and thank you all for your wonderful support for me and for my Olivia Newton-John Cancer Wellness Centre in Melbourne, Australia.”

Radar Online had initially claimed that Newton-John was “clinging to life” long enough to see her daughter get married this year.

The article included quotes from unnamed sources, including one who said her “bodily functions appear to be shutting down” and a “longevity expert” who said she was almost certainly going to die.

Australian media outlets picked up the story, which led Newton-John’s loved ones to also deny its claims.

Newton-John, 70, was diagnosed with breast cancer in 1992. As Cancer Health previously reported, her breast cancer recurred in 2013. It advanced to Stage IV and metastasized to her spine four years later.

She has undergone radiation treatment but has also been using natural remedies, adhering to a healthier diet and using medical marijuana to ease her cancer-related pain.