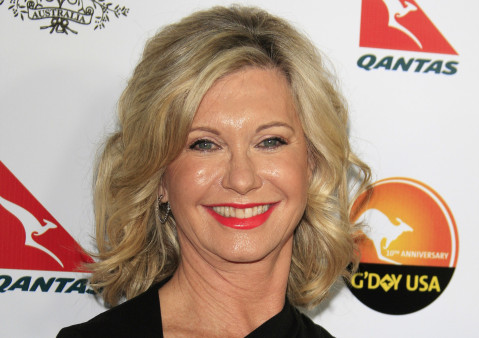 The Grease star is using conventional and natural therapies to help with the cancer, which has now spread to her back.

When Olivia Newton-John revealed that she was battling Stage IV breast cancer last year, the public did not know that the cancer had actually returned five years earlier, PEOPLE reports.

In 1992, the singer, now 69, was diagnosed with breast cancer. She underwent a mastectomy and nine months of chemotherapy before doctors declared her to be cancer-free.

Newton-John discovered her breast cancer had returned in 2013 after a lump was found on her right shoulder during a physical exam following a traffic accident. Rather than publicly share her diagnosis as she had 21 years earlier, she kept it private this time around.

“I thought, ‘It’s my life,’ and I just decided to keep it to myself,” said Newton-John recently on the Australian television program Sunday Night.

It was during this time that she received a combination of conventional medicine and natural therapies, which she says helped to boost her immune system.

Newton-John’s cancer continued to spread despite the fact that the tumor in her shoulder had shrunk. In 2017, she learned the cancer had metastasized to her back.

She still relies on natural remedies, but she also adheres to a healthier diet and has undergone radiation treatment. In addition, she uses medicinal marijuana to help her manage the pain caused by the cancer.

“I’m one of the millions in this fight–I shouldn’t say fight–in this journey,” she said. “A lot of people see it as a fight, and however you choose to see it, that’s your prerogative. I see it as a part of my mission.”

Click here for more on Newton-John and her breast cancer recurrence.