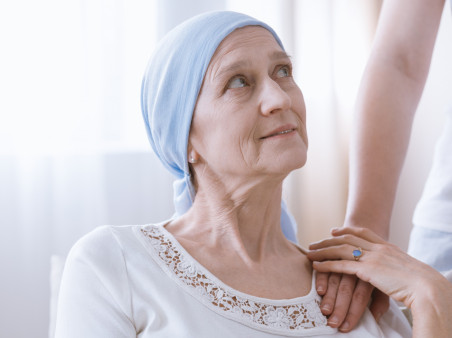 Omitting Radiation After Breast Cancer Surgery May Not Impact Survival

Older women who did not receive radiation after breast-conserving surgery had similar 10-year survival rates.

Older patients with hormone receptor-positive breast cancer who did not receive radiation therapy after breast-conserving surgery had higher rates of local recurrence but similar 10-year survival rates when compared to patients who received postoperative radiation therapy, according to updated 10-year data from the PRIME II study, presented at the 2020 San Antonio Breast Cancer Symposium, held Dec. 8-11.

“Over half the patients diagnosed with breast cancer in developed countries are over the age of 65 years,” said Ian Kunkler, FRCPE, professor of clinical oncology at the Western General Hospital, University of Edinburgh. Despite the less aggressive breast cancers typically diagnosed in this population, most patients who undergo breast-conserving surgery continue to be treated with whole breast radiation therapy after surgery, he explained. “We were interested in determining whether older patients with low-risk breast cancer could be spared radiation therapy.”

The PRIME II study enrolled 1,326 patients with non-metastatic hormone receptor (HR)-positive breast cancer. All patients were at least 65 years of age, had undergone breast-conserving surgery, and were receiving adjuvant hormone therapy. Patients were randomly assigned to either receive or not receive radiation therapy after surgery. Kunkler and colleagues previously eported greater rates of local recurrence (defined as recurrence in the same breast as the primary tumor) in patients who did not receive radiation therapy, but no significant differences in overall survival, distant metastases, or new breast cancers between the two arms after five years.

The latest data presented at the symposium report results from a 10-year follow-up. Kunkler reported that the rate of local recurrence after 10 years was significantly greater in patients who did not receive radiation therapy compared with patients who did (9.8 percent vs. 0.9 percent).

“We found that omitting postoperative radiation therapy did not compromise survival or increase the risk of distant metastasis,” said Kunkler. “Based on these results, we believe that omission of radiation therapy after breast-conserving surgery should be an option for older patients with localized, HR-positive breast cancer who are receiving adjuvant hormone therapy and meet certain clinico-pathological criteria.”

A limitation of the study is that only a few patients with grade 3 tumors were recruited, so the results of the study may not be applicable to patients with high-grade tumors or with tumors larger than 3 centimeters. An additional limitation is that data on comorbidities or adherence to adjuvant hormone therapy were not collected.

The study was supported by the Chief Scientist Office for Scotland and the Edinburgh Breast Cancer Institute NHS Endowment Fund. Kunkler declares no conflicts of interest.

This press release was originally published on the American Association for Cancer Research website on December 9, 2020.