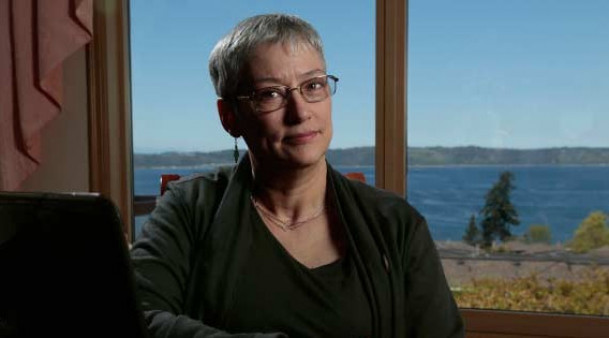 A recent review of patient-caregiver communities focused on non-small cell lung cancer (NSCLC) with genomic alterations show that these groups are improving outcomes by supporting patients and caregivers, increasing awareness and education, and accelerating research.

Today, patient advocate Janet Freeman-Daily, co-founder of the community known as the ROS1ders, Robert C. Doebele, MD, PhD, of the Division of Medical Oncology at the University of Colorado, and Christine M. Lovly, MD, PhD, of the Vanderbilt University School of Medicine, presented these findings at the International Association for the Study of Lung Cancer’s 19th World Conference on Lung Cancer (WCLC) in Toronto, Canada.

“These oncogene-driven groups created by patients and caregivers are ushering in a new era for lung cancer research partnerships,” said Freeman-Daily. “By collaborating with researchers, clinicians, advocacy groups and industry, we are accelerating research into our own diseases.”

Genomic alterations drive more than 60 percent of NSCLC. Approximately 20 percent of NSCLC cases have an oncogenic driver, such as EGFR, ALK, ROS1 or BRAF, that physicians can treat with approved targeted drugs and clinical trials. The communities, formed by patients and caregivers dealing with cancers driven by these oncogenes, use a variety of tools for education and support including Facebook groups, websites, newsletters, social media and blogs, and provide information about treatments, common experiences, tips from clinicians and real-life connections.

The growth of these groups is impressive:

“It is an honor to work with this team of amazing lung cancer patients, advocates and scientists,” said Dr. Lovly, who works with the ROS1ders. “Patient-partnered research is critical to build better treatments for and bring hope to all lung cancer patients.”

This edited press release was issued by the World Conference on Lung Cancer on September 23, 2018.