Gaby Kressly, now in her early 80s, was diagnosed with ovarian cancer in 2016. She lives in South Florida, serves on several medical review boards and is a mentor for the Woman to Woman program.

I had a dilation and curettage procedure for uterine fibroids and was referred to an oncologist. No cancer was detected at that time, and I went on with my life. I was taking care of my husband, who had been diagnosed with multiple myeloma in 2015.

I started getting pains in my lower abdomen, which I thought was because I was working too hard caring for my husband. I went back to the oncologist; he did an ultrasound and that very day told me that I had ovarian cancer. Two weeks later, I was on the operating table to get a hysterectomy and all my nearby lymph glands removed. I was told I had Stage IV metastatic high-grade ovarian cancer, with no BRCA mutation. About six weeks after surgery, I began receiving paclitaxel chemotherapy.

I was offered a clinical trial of carboplatin and paclitaxel chemotherapy with veliparib, an experimental PARP inhibitor. It required regular blood tests and CT scans. No one told me about losing your hair and all the other side effects I experienced. One morning I was combing my hair and it came out by the handful. It was quite a shock.

During the two years of the clinical trial, I stayed in remission, though my oncologist told me that I could expect to have recurrences. 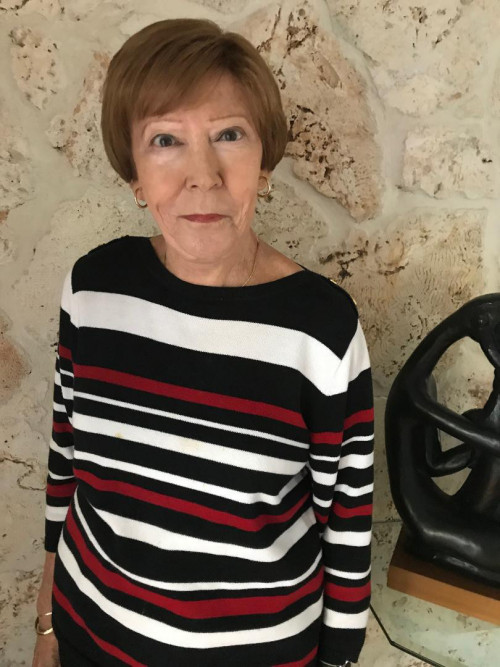 My husband passed away in the hospital. Between his death and my treatment, it was rough, but I continued on with all the business of everyday life and my clinical trial. I wasn’t going to give up, no matter how hard it got.

My oncologist twisted my arm to join the hospital’s Woman to Woman program as a mentor to other cancer patients. Woman to Woman trains women such as myself to support other women who are newly diagnosed with cancer. You can meet with them; you can talk to them on the phone or internet—whatever works best for you. I had my hands full with the activities I was already doing, but my oncologist insisted. And it really has been interesting. There are lots of support groups out there, and I strongly recommend that people join them. You should know you’re not alone.

I belong to three other organizations too, and they really keep me going. I’m a member of the United Way Health Impact Council, which reviews grant applications for funding agencies in the Miami-Dade community. I’m on the institutional review board at Nova Southeastern University, where we review clinical applications, and I’m on the board of Fight for Sight, which supports vision research.

My background definitely had an impact on how I manage my care. I was an administrator for the University of Miami School of Medicine for many years, and I’m a real advocate for medical centers that have a teaching hospital. You’ve got your best opportunity there, because they have access to clinical trials and state-of-the-art equipment that are not available to a physician in private practice. 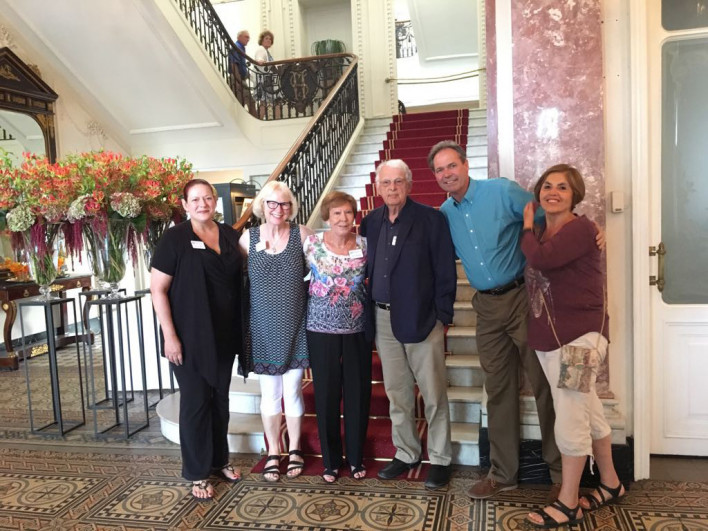 My three children and I took a riverboat cruise down the Rhine, through Switzerland, Italy and Germany.

I thought I was doing really well until a CT scan found a recurrence. There was a slight shadow where the cancer had started again. I was immediately removed from the clinical trial—six weeks before it ended. I was so disappointed.

People should advocate for themselves. You don’t have to take the doctor’s word as gospel. My doctor and I have a lot of arguments, but I still love him, and he still loves me. If I don’t like what he thinks he wants to do, he’s got to convince me. I have a pad and pencil by my sofa, and when something occurs to me, I write it down. Then I bring it with me when I see my doctor so I can tell him about my side effects and ask all my questions.

I started carboplatin and doxorubicin chemotherapy once a month for six months. It was very difficult, as the infusion was initially very strong. They made it a little less strong when I could not tolerate it well. It was four to six hours every time, but they treated me very nicely: You could get your feet massaged, and there was an art cart, so you could string beads and paint pictures.

Each month, I had 10 days to two weeks to chill out from the chemo and two weeks to live. I did a lot of living in that time. 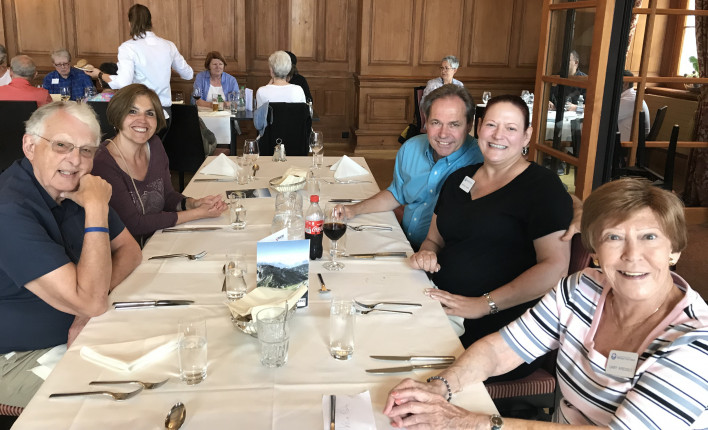 I met my children in Albuquerque, New Mexico, and we had a wonderful Christmas. Next year, we are planning to go on a cruise from New England up into Canada to see the leaves, because none of us gets to see fall leaves where we live.

I had my last chemo treatment, followed by a CT scan. The scan showed that the tumor had shrunk a bit, but it is still there. I’m starting the PARP inhibitor Zejula (niraparib). It’s a daily pill, and I will stay on it as long as it works.

PARP inhibitor—a type of targeted therapy that works by blocking a protein that plays a role in DNA repair. Interfering with PARP leads to more DNA breaks, which can halt cancer cell division.

Stage IV cancer—cancer that has metastasized, or spread beyond its original location to other parts of the body.