In the Over-50 Set, HIV Is Linked With Higher Rate of Various Cancers

However, older people with HIV have a lower rate of a few other cancers compared with the general population.

People with HIV who are older than 50 have a higher rate of various cancers compared with the older general population, including some cancers not traditionally associated with the virus, aidsmap reports. However, there are a few cancers that occur at a lower rate among older people with HIV.

Publishing their findings in Clinical Infectious Diseases, researchers analyzed data from the HIV-AIDS Cancer Match study, including information about 183,542 people with HIV who were older than 50 who received medical care for the virus between 1996 and 2012.

During a cumulative 928,194 years of follow-up, this population received 10,371 cancer diagnoses, 16 percent of them considered AIDS-related and 84 percent considered non-AIDS- related.

For most cancers, people with HIV experienced the highest rates during the first five years after testing positive for the virus, including KS, non–Hodgkin lymphoma, lung cancer, breast cancer and Hodgkin lymphoma. 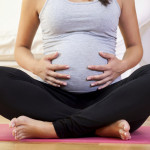 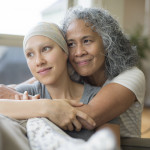