The drug is still associated with a lower liver cancer rate than Baraclude.

Korean scientists have retracted a paper they published last September that found that treating hepatitis B virus (HBV) with Viread (tenofovir disoproxil fumarate) was associated with a lower risk of death or liver transplantation than Baraclude (entecavir), MedPage Today reports. However, research still indicates that hep B treatment with Viread is superior to Baraclude at reducing the risk of hepatocellular carcinoma (HCC, the most common form of liver cancer).

Above all, researchers believe that more investigation—including a thorough meta-analysis of existing data as well as additional observational studies—is needed to sort out what seem to be conflicting signals about which drug is best for treating HBV.

The two original authors of the Korean study published a letter in JAMA Oncology in which they indicated that their paper had been retracted and replaced. They said that “inadvertent errors” they made when calculating how long study participants had been followed had thrown off their findings. Their revised analysis indicated that Viread was associated with an 11% lower risk of death or transplant compared with Baraclude—a difference that was not statistically significant, meaning it could have been driven by chance.

The now-retracted paper was citedat the 53rd International Liver Congress in Vienna in March in the presentation of a study conducted in Hong Kong that also compared Viread with Baraclude as hep B treatment. Compared with the Korean study, the Hong Kong study had a similarly large cohort of people receiving Baraclude but a smaller number of people receiving Viread. The conference presentation indicated that Viread was associated with a lower rate of liver cancer compared with Baraclude.

Researchers have urged caution in interpreting those particular results, noting that other factors may have driven the difference in liver cancer outcomes among the Hong Kong study cohort.

The Korean authors originally found that Viread was associated with a 39% reduced risk of liver cancer compared with Baraclude. They have since revised that estimate to 32%, a difference that remains statistically significant.

To read the abstract of the retraction, click here. 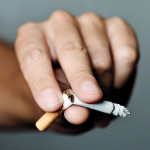