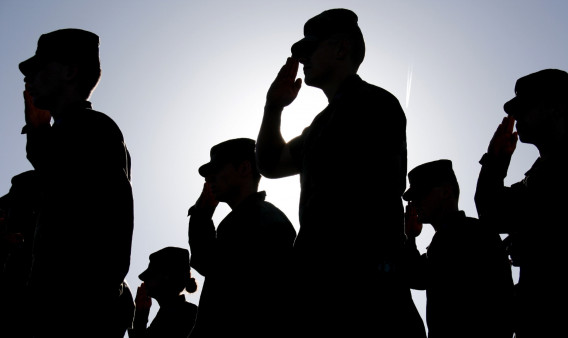 Access to health care without financial barriers helped narrow the gap between Black and white patients.

Patients with colon cancer enrolled in the U.S. military’s universal health care system experienced improved survival compared with patients in the general population, according to results published in Cancer Epidemiology, Biomarkers & Prevention, a journal of the American Association for Cancer Research.

“Colorectal cancer has the third highest death rate out of all cancers in the U.S. Therefore, it is highly important to improve survival of patients with colon cancer,” said study author Craig D. Shriver, MD, FACS, FSSO, retired U.S. Army colonel and professor and director of the Murtha Cancer Center Research Program at Uniformed Services University of the Health Sciences in Bethesda, Maryland.

To compare survival between patients with colon cancer in the Military Health System and those in the general population, the researchers evaluated data from the Department of Defense’s Automated Central Tumor Registry (ACTUR), matching 11,907 ACTUR patients to 23,814 patients in the National Cancer Institute’s Surveillance, Epidemiology, and End Results (SEER) database. All patients were diagnosed with colon cancer between January 1, 1987, and December 31, 2013.

The survival benefit tended to be greater for Black patients, who typically have poorer colon cancer survival rates than white Americans. Black patients in the ACTUR database were 26 percent less likely to die of colon cancer than those in the SEER database. Among white patients, the survival benefit for ACTUR patients was the same as in the overall study population; they were 18 percent less likely than the SEER patients to die of colon cancer. While this study did not aim to compare survival between racial groups within ACTUR, previous research found that in the Military Health System, older Blacks and whites with colon cancer had similar overall survival.

Shriver explained that access to health care has been implicated as one factor in the disparities in cancer survival between Black and white Americans; therefore, the availability of universal health care through the military health system had a larger positive effect on the Black study population. “The survival benefit of Blacks in our study suggests that a universal health care system may be helpful to reduce racial disparity,” Shriver said, adding that previous studies on lung cancer and glioma in the MHS showed similar success in reducing disparities.

“The Military Health System provides medical care with minimal or usually no financial barriers. Thus, our findings provide solid evidence of the benefits of access to universal health care,” Shriver said. “What’s more, when medical care is universally provided to all patients, racial disparity in colon cancer outcomes can be reduced.”

Shriver noted that a limitation of the study is that the cancer registry data did not allow for a full comparison of all factors that could have affected survival among colon cancer patients. For example, the researchers could not compare treatment regimens, comorbidities, or quality of care.

This study was funded by the John P. Murtha Cancer Center Research Program,

Uniformed Services University of the Health Sciences, in partnership with the Henry M. Jackson Foundation for the Advancement of Military Medicine, and the Intramural research program of the National Cancer Institute. Shriver is an employee of the U.S. government, Department of Defense, and declares no conflicts of interest.

This press release was originally published by American Association for Cancer Research on June 23, 2021.