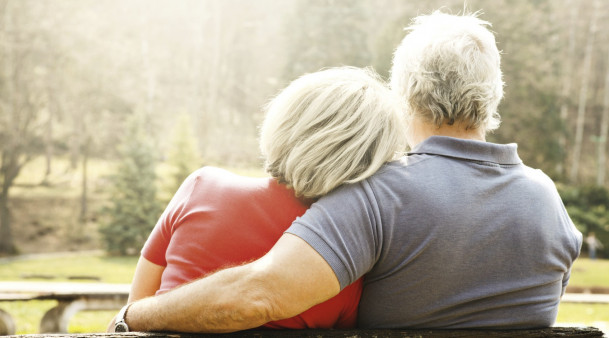 Patients Want a ‘Good Death’ at Home, But Hospice Care Can Strain Families

Home is now the most common place of death, according to new research, and a majority of Medicare patients are turning to hospice services.

“I’m not anti-hospice at all,” said Joy Johnston, who relocated to New Mexico years ago at age 40 to care for her dying mother.

“But I think people aren’t prepared for all the effort that it takes to give someone a good death at home.”

Surveys show dying at home is what most Americans say they want. But it’s “not all it’s cracked up to be,” said Johnston, a caregiver advocate and writer from Atlanta.

She wrote an essay about her frustrations with the way hospice care often works in the United States. Johnston, like many family caregivers, was surprised that her mother’s hospice provider left most of the physical work to her. She said that during the final weeks of her mother’s life, she felt more like a tired nurse than a devoted daughter.

Hospice allows a patient deemed to have fewer than six months to live to change the focus of their medical care — from the goal of curing disease to a new goal of using treatments and medicines to maintain comfort and quality of life. It is a form of palliative care, which also focuses on pain management, but can be provided while a patient continues to seek a cure or receive treatments to prolong life.

According to a recent Kaiser Family Foundation poll, 7 in 10 Americans say they would prefer to die at home. And that’s the direction the health care system is moving, as part of an effort to avoid unnecessary and expensive treatment at the end of life. (Kaiser Health News is an editorially independent program of the foundation.)

The home hospice movement has been great for patients and many patients are thrilled with the care they get, said Parul Goyal, MD, a palliative care physician with Vanderbilt Health.

“I do think that when they are at home, they are in a peaceful environment,” Goyal said. “It is comfortable for them. But,” she noted, “it may not be comfortable for family members watching them taking their last breath.”

When it comes to where we die, the U.S. has reached a tipping point. Home is now the most common place of death, according to new research, and a majority of Medicare patients are turning to hospice services to help make that possible. Fewer Americans these days are dying in a hospital, under the close supervision of doctors and nurses.

Hospice care is usually offered in the home, or sometimes in a nursing home. Since the mid-1990s, Medicare has allowed the hospice benefit to cover more types of diagnoses, and therefore more people. As acceptance grows among physicians and patients, the numbers continue to balloon — from 1.27 million patients in 2012 to 1.49 million in 2017.

According to the National Hospice and Palliative Care Association, hospice is now a $19 billion industry, almost entirely funded by taxpayers. But as the business has grown, so has the burden on families, who are often the ones providing most of the care. For example, one intimate task in particular — trying to get her mom’s bowels moving — changed Joy Johnston’s view of what hospice really means. Constipation plagues many dying patients.

Hospice agencies primarily serve in an advisory role and from a distance, even in the final, intense days when family caregivers, or home nurses they’ve hired, must continually adjust morphine doses or deal with typical end-of-life symptoms, such as bleeding or breathing trouble. Those decisive moments can be scary for the family, said Joan Teno, MD, a physician and leading hospice researcher at Oregon Health and Science University.

“Imagine if you’re the caregiver, and that you’re in the house,” Teno said. “It’s in the middle of the night, 2 o’clock in the morning, and all of a sudden, your family member has a grand mal seizure.”

“While it was difficult for me to witness, I knew what to do,” she said.

In contrast, Teno said, in her father’s final hours, he was admitted to a hospice residence.

Such residences often resemble a nursing home, with private rooms where family and friends can come and go and with round-the-clock medical attention just down the hall.

Teno called the residence experience of hospice a “godsend.” But an inpatient facility is rarely an option, she said. Patients have to be in bad shape for Medicare to pay the higher inpatient rate that hospice residences charge. And by the time such patients reach their final days, it’s often too much trouble for them and the family to move.

Hospice care is a lucrative business. It is now the most profitable type of health care service that Medicare pays for. According to Medicare data, for-profit hospice agencies now outnumber the nonprofits that pioneered the service in the 1970s. But agencies that need to generate profits for investors aren’t building dedicated hospice units or residences, in general — mostly because such facilities aren’t profitable enough.

Joe Shega is chief medical officer at the for-profit VITAS Healthcare, the largest hospice company in the U.S. He insists it is the patients’ wishes, not a corporate desire to make more money, that drives his firm’s business model.

“Our focus is on what patients want, and 85 to 90% want to be at home,” Shega said. “So, our focus is building programs that help them be there.”

On the day I visit her home outside Nashville, hospice patient Jean McCasland is at the kitchen table refusing to eat a spoonful of peach yogurt. Each morning, nurse’s aide Karrie Velez pulverizes McCasland’s medications in a pill crusher and mixes them into her breakfast yogurt.

“If you don’t, she will just spit them out,” Velez said.

Like a growing share of hospice patients, McCasland has dementia. She needs a service that hospice rarely provides — a one-on-one health attendant for several hours, so the regular family caregiver can get a break each day. When Velez is not around, John McCasland — Jean’s husband of nearly 50 years — is the person in charge at home.

“I have said from the beginning that was my intention, that she would be at home through the duration, as long as I was able,” John said.

But what hospice provided wasn’t enough help. So he has had to drain the couple’s retirement accounts to hire Velez, a private caregiver, out-of-pocket.

Hospice agencies usually bring in a hospital bed, an oxygen machine or a wheelchair — whatever equipment is needed. Prescriptions show up at the house for pain and anxiety. But hands-on help is scarce. According to Medicare, hospice benefits can include home health aides and homemaker services. But in practice, that in-person help is often limited to a couple of baths a week. Medicare data reveals that, on average, a nurse or aide is only in the patient’s home 30 minutes, or so, per day.

Jean McCasland’s husband hasn’t complained. “I guess I’ve just accepted what’s available and not really thought beyond what could be,” he said. “Because this is what they say they do.”

Families often don’t consider whether they’re getting their money’s worth because they’re not paying for hospice services directly: Medicare gets the bills. John keeps his monthly statements from Medicare organized in a three-ring binder, but he had never noticed that his agency charges nearly $200 a day, whether there is a health provider in the home that day or not.

That daily reimbursement covers equipment rentals and a 24-hour hotline that lets patients or family members consult a nurse as needed; John said it gives him peace of mind that help is a phone call away. “There’s a sense of comfort in knowing that they are keeping an eye on her,” he said.

The rate that hospice charges Medicare drops a bit after the patient’s first two months on the benefit. After reviewing his paperwork, John realized Medicare paid the hospice agency $60,000 in the first 12 months Jean was on hospice.

Was the care his wife got worth that?

“When you consider the amount of money that’s involved, perhaps they would provide somebody around the clock,” he said.

Sue Riggle is the administrator for the McCaslands’ hospice agency and said she understands how much help patients with dementia need. Her company is a small for-profit business called Adoration; she said the agency can’t provide more services than what Medicare pays for.

“I think everybody wishes we could provide the sitter-service part of it,” said Riggle. “But it’s not something that is covered by hospices.”

I checked in with John and Velez (Jean’s longtime private caregiver) this winter. The two were by Jean’s side — and had been there for several days straight — when she died in October. The hospice nurse showed up only afterward, to officially document the death.

This experience of family caregivers is typical but often unexpected.

‘It’s A Burden I Lovingly Did’

“It does take a toll” on families, said Katherine Ornstein, an associate professor of geriatrics and palliative medicine at Mount Sinai Hospital in New York, who studies what typically happens in the last years of patients’ lives. The increasing burden on loved ones — especially spouses — is reaching a breaking point for many people, her research shows. This particular type of stress has even been given a name: caregiver syndrome.

“Our long-term-care system in this country is really using families — unpaid family members,” she said. “That’s our situation.”

A few high-profile advocates have even started questioning whether hospice is right for everybody. For some who have gone through home hospice with a loved one, the difficult experience has led them to want something else for themselves.

Social worker Coneigh Sea has a portrait of her husband that sits in the entryway of her home in Murfreesboro, Tennessee. He died of prostate cancer in their bedroom in 1993. Enough time has passed since then that the mental fog she experienced while managing his medication and bodily fluids — mostly by herself — has cleared, she said.

But it was a burden.

“For me to say that — there’s that guilt,” she said. “But I know better. It was a burden that I lovingly did.”

She doesn’t regret the experience but said it is not one she wishes for her own grown children. She recently sat them down, she said, to make sure they handle her death differently.

“I told my family, if there is such a thing, I will come back and I will haunt you,” she said with a laugh. “Don’t you do that.”

Sea’s family may have limited options. Sidestepping home hospice typically means paying for a pricey nursing home or dying with the cost and potential chaos of a hospital — which is precisely what hospice care was set up to avoid. As researchers in the field look to the future, they are calling for more palliative care, not less — and, at the same time, they are advocating for more support for the spouses, family members and friends tasked with caring for the patient.

“We really have to expand — in general — our approach to supporting caregivers,” Ornstein said, noting that some countries outside the U.S. pay for a wider range and longer duration of home health services.

“I think what we really need to do is be broadening the support that individuals and families can have as they’re caring for individuals throughout the course of serious illness,” Ornstein said.

“And I think that probably speaks to the expansion of palliative care, in general.”

An Ode to Community During Cancer and Coronavirus 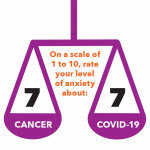