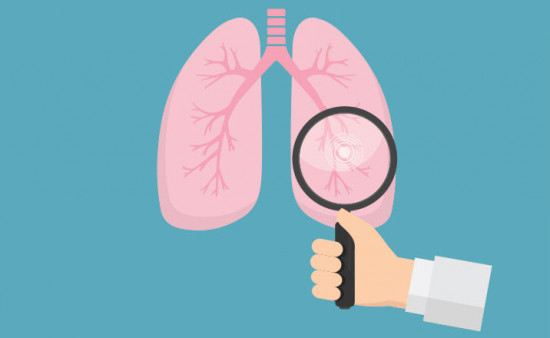 Should People With HIV Be Prioritized for Lung Cancer Screening?

A small Spanish study suggests that screening people living with HIV for lung cancer results in a high rate of diagnosis.

For every 28 person living with HIV screened for lung cancer, one person was diagnosed with the malignancy in a small single-center study published in PLoS One. Screening did not lead to “overdiagnosis” and excess surgery.

People living with HIV are more likely to smoke, and studies suggest that they have a higher rate of lung cancer compared with the general public. The U.S. Preventive Services Task Force recommends annual lung cancer screening for people ages 50 to 80 who have at least a 20 pack-year smoking history (the equivalent of one pack of cigarettes a day for 20 years).

Screening, which can detect lung cancer at an earlier, more treatable stage, may be even more important for people with HIV, but it raises the risk of unnecessary procedures resulting from false positives. So Jorge Díaz-Álvarez, of the department of infectious diseases at the Universidad de Alcalá in Madrid, and colleagues set out to determine whether increased procedures were worth the screening.

The vast majority (85%) were men, with a median age of 57 years. Nearly all (97%) were on antiretroviral treatment with an undetectable viral load (below 20 copies). Current CD4 counts hovered around 666, but the median nadir (lowest-ever) CD4 count was just 171, meeting the definition of AIDS. A majority of participants (62%) tested positive for hepatitis C antibodies, nearly a third had pulmonary emphysema and cardiovascular problems were common. Notably, 86% currently smoked and another 9% used to smoke, with a habit of a median 34 packs a year.

Lung nodules, which are often benign but require follow-up, were present in 52 participants (37%). However, only six nodules were found to be suspicious for cancer, and those participants underwent invasive diagnostic procedures. Five people were diagnosed with lung cancer. Of these, two were diagnosed with Stage I cancer, one with Stage III cancer and two with Stage IV, or metastatic disease that has spread beyond the lungs. One of the two Stage IV diagnoses was adenocarcinoma, the rest were squamous cell carcinoma. All five underwent surgery, as did an additional four participants who ended up not having cancer.

The five people with lung cancer represented a 3.6% diagnosis rate—higher than rates seen in similar studies. This means that 28 people with HIV would need to be screened to detect one case of lung cancer. That high rate justified the risk of false positives on a first CT scan, Díaz-Álvarez and colleagues concluded.

“[People with HIV] tend to have higher rates of abnormal findings on CT,” wrote the authors. “Although this could pose a problem due to increased false-positive results and related negative consequences due to unnecessary invasive procedures, these complications are infrequent.”

This issue could be resolved, they suggested, with emerging technologies such as positron emission tomography. What’s more, researchers recently reported that a blood test could help predict who is more likely to develop lung cancer and could therefore benefit from screening.

Click here to read the full study.
Click here to learn more about cancer in people with HIV and to read more news about the impact of smoking on people living with HIV.