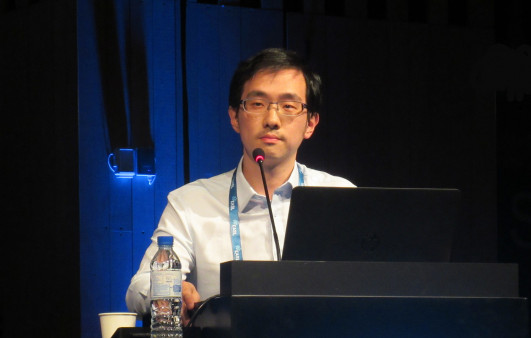 Personalized T-cell immunotherapy reduced the risk of liver cancer recurrence and may lead to tumor regression, according to research presented at the 2018 EASL International Liver Congress (EASL 2018) last month in Paris.

In one study, people who received immunotherapy produced from their own T cells after surgery or local therapies were less likely to experience hepatocellular carcinoma (HCC) recurrence and had significantly longer overall survival over five years of follow-up.

In the other study, T cells engineered to recognize hepatitis B virus (HBV) DNA fragments in HCC tumors led to shrinkage of liver cancer that had spread to the lungs in one treated individual.

Over years or decades, chronic hepatitis B or C, heavy alcohol use and other causes of liver damage can lead to cirrhosis and HCC, a type of primary liver cancer. Often diagnosed late, HCC is a leading cause of cancer-related death worldwide. Antiviral therapy for hepatitis B reduces but does not eliminate the risk of developing liver cancer, and people with hepatitis C who have progressed to cirrhosis remain at risk for HCC even after eliminating the virus.

Unlike traditional chemotherapy, which kills rapidly dividing cells throughout the body in addition to cancer cells, immunotherapy helps the immune system recognize and attack cancer. Adoptive T-cell therapy involves removing a sample of T cells from a patient’s blood, modifying them in a laboratory and returning them to the same individual.

Jeong-Hoon Lee, MD, of Seoul National University College of Medicine in South Korea and colleagues conducted a Phase III trial of the safety and efficacy of adjuvant immunotherapy in people with HCC who had undergone surgery or a local procedure (radiofrequency ablation or percutaneous ethanol injection) to remove or destroy liver tumors.

Participants in this open-label study were randomly assigned to receive immunotherapy or no adjuvant therapy (treatment to prevent recurrence after surgery or local therapies). The immunotherapy consisted of activated cytokine-induced killer cells created by incubating T cells collected from patients with interleukin-2 and an antibody against CD3. Previous studies showed that cytokine-induced killer cells—which have the functional capacity of both T cells and natural killer cells—are active against various types of tumors but have little detrimental effect on normal cells.

Participants in the immunotherapy group received IV infusions of activated cells 16 times over 60 weeks. As previously reported, people who received the adjuvant immunotherapy had a median recurrence-free survival time of 44 months, compared with 30 months for those in the control group. This difference was significant, meaning it was unlikely to be attributable to chance alone. People in the immunotherapy group also had a significantly lower likelihood of all-cause and cancer-related death.

At this year’s meeting, Lee reported findings from an extended follow-up study assessing whether the effectiveness of cytokine-induced killer cells would be sustained after completion of treatment.

A total of 162 participants (89 in the immunotherapy group and 73 in the control group) underwent extended follow-up, which ended 60 months after the last participant was randomized; the median follow-up duration was about 69 months.

Lee suggested that the immunotherapy might promote the development of long-lasting memory T cells and natural killer cells that can carry out antitumor activity for years after the last immune cell infusion.

Anthony Tan, MD, of Duke-NUS Medical School in Singapore presented findings from a study of personalized T-cell therapy for liver cancer in people with hepatitis B.

HBV can integrate its genetic material into the human genome, and fragments of HBV DNA may be found in HCC tumors, Tan explained. In this study, immune cells were engineered to express HBV-specific T-cell receptors to enable them to recognize and attack HCC.

In laboratory studies, the researchers showed that T cells could recognize short HBV DNA fragments in tumors that are hepatitis B surface antigen (HBsAg) negative. They then analyzed the integrated HBV DNA profile of a liver tumor from a 56-year-old man whose HCC had metastasized, or spread, to both lungs after a liver transplant. They detected a short sequence of the HBV envelope gene and used a technique known as mRNA electroporation to insert a receptor specific for this sequence into the patient’s T cells.

The man received multiple infusions of engineered T cells over a six-month period. Scans performed before and after treatment showed a reduction in the size of five out of six HCC tumors in the lungs, and no new tumors developed in the lungs or in the transplanted liver, Tan reported. No treatment-related adverse events were observed, including liver damage or elevation of inflammatory cytokines.

“Further development of this new immunotherapeutic strategy may offer new hope of a cure for HCC,” Tan said in a press release.