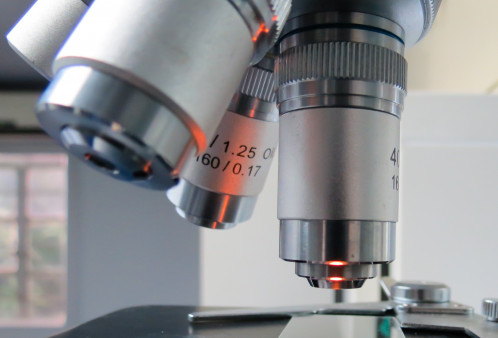 Results from a study published in the American Association for Cancer Research journal, Clinical Cancer Research, showed that pancreatic cancer patients who had “actionable” mutations and received matched targeted therapy had better outcomes than those who did not.

“There has been a longstanding notion that precision medicine cannot benefit pancreatic cancer patients,” said study coauthor and PanCAN chief science officer Lynn Matrisian, PhD, MBA. “We now have to rethink that position as this research exemplifies a changing tide in the way we should treat pancreatic cancer patients, ensuring molecular profiling is an integral part of their treatment journey.”

Michael Pishvaian, MD, of Georgetown Lombardi Comprehensive Cancer Center in Washington, DC, and colleagues conducted a study to determine whether “multiomic” molecular profiling of pancreatic tumors could identify mutations that make them susceptible to targeted therapies.

The researchers tested tumor samples from 640 pancreatic cancer patients at nearly 300 academic and community practices between 2014 and 2017. More than 90 percent of samples were found to be adequate for next-generation sequencing.

The 17 patients with highly actionable biomarkers who received matched targeted therapy had longer progression-free survival (meaning they were still alive with no worsening of disease) than those who received unmatched therapy (4.1 versus 1.9 months, respectively). Although the numbers were small, the association was statistically significant, indicating that it was probably not attributable to chance alone.

These results, they added, support further prospective evaluation of precision oncology for people with pancreatic cancer.

Click here to read a PanCAN news report about the study.