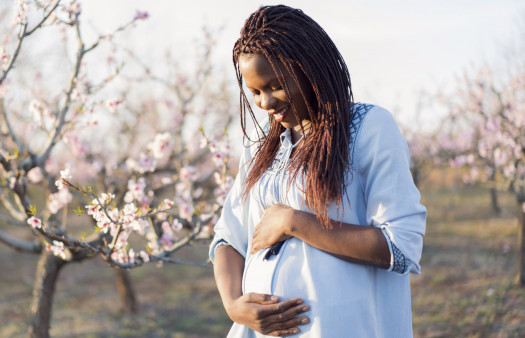 Children of mothers prescribed a synthetic hormone to prevent preterm birth had twice the risk of developing cancer during their lives.

The drug is the synthetic hormone Makena (17alpha-hydroxyprogesterone caproate, or 17-OHPC). Study findings published in the American Journal of Obstetrics and Gynecology show that exposure to the substance in the womb increased a child’s risk for cancer later in life, reports a press release from the University of Texas Health Science Center at Houston.

Approved in the 1950s to prevent miscarriages and in 2011 (on an experimental basis ) to prevent premature birth, 17-OHPC was frequently administered to pregnant women in the 1950s and ’60s and is still prescribed today.

For the study, researchers collected data from the Child Health Development Studies on more than 18,000 pregnant women on the Kaiser Permanente Health Plan for prenatal care between 1959 and 1966. Scientists reviewed clinical information from mothers’ medical records six months prior to pregnancy and throughout their delivery.

Investigators also noted the number and timing of injections of 17-OHPC that the women received during this time. Cancers in their offspring, ages 0 to 58, were verified through 2019 using the California Cancer Registry.

Over the follow-up period, results showed that 1,008 of these women’s offspring were eventually diagnosed with cancer. Almost 234 of these individuals were exposed to 17-OHPC in the womb. Offspring who had been exposed 17-OHPC had cancer detected in adulthood more than twice as often as offspring not exposed.

“Our findings suggest taking this drug during pregnancy can disrupt early development, which may increase risk of cancer decades later [in offspring],” noted Caitlin C. Murphy, PhD, MPH, an associate professor at the UTHealth School of Public Health and lead author of the study. “With this drug we are seeing the effects of a synthetic hormone. Things that happened to us in the womb, or exposures in utero, are important risk factors for developing cancer many decades after we’re born.”

In the end, the drug might not even have been effective at delaying birth. According to Murphy, a new randomized study showed that taking 17-OHPC failed to minimize the risk of preterm birth.

Researchers advised caution with respect to use of the drug, a suggestion supported by the FDA’s proposal last year that the drug be taken off the market.

To read more about cancer treatment and fertility concerns, read “Oncofertility: Creating a Bridge Between Cancer Care and Reproductive Health.”