Another study found that children with fatty liver disease are at high risk for diabetes.

Liver disease in children may be linked to prenatal exposure to a variety of environmental chemicals, according to findings published in JAMA Network Open. Another pediatric study found that non-alcoholic fatty liver disease (NAFLD) is associated with a high rate of type 2 diabetes in children, researchers reported in Clinical Gastroenterology and Hepatology.

Arising from the accumulation of fat in the liver, NAFLD and its more severe form, non-alcoholic steatohepatitis (NASH), are responsible for a growing burden of advanced liver disease and liver-related death worldwide. In many cases, liver fat accumulation is linked to obesity and diabetes, so it is sometimes referred to as metabolic-associated fatty liver disease, or MAFLD. Over time, fatty liver disease can lead to fibrosis, cirrhosis and liver cancer. With no effective approved medical therapies, management is dependent on lifestyle change such as weight loss and exercise.

NAFLD is the most common type of liver disease affecting children, with 5 to 8 million cases in the United States. NAFLD occurs in around 6% to 10% of the general pediatric population and about one third of children with obesity. Type 2 diabetes is also a growing problem among children.

In the first study, Damaskini Valvi, MD, MPH, PhD, of the Icahn School of Medicine at Mount Sinai in New York City, and colleagues explored the association between prenatal exposure to endocrine-disrupting chemicals and liver injury in children.

Endocrine-disrupting chemicals, which affect hormonal systems, are a large group of environmental pollutants, including pesticides, plastics, toxic metals and flame retardants. These chemicals are found, for example, in nonstick cookware, furniture and other commonly used products. Earlier research has shown that exposure to these chemicals can result in liver injury and fatty liver disease, but the impact of prenatal exposure remains unknown.

For their population-based cohort study, the researchers included data from 1,108 mother-child pairs in six European countries collected between April 2003 and February 2016. The mothers had an average age of 31 years at the time of delivery, and their children were 8 years old, on average, at the time of follow-up. Boys and girls were about equally represented.

The researchers measured levels of 45 chemicals in the blood or urine of the mothers as well as umbilical cord blood. These chemicals included pesticides, plasticizers, parabens, metals, phthalates and more. When the children were between 6 and 11 years old, the team measured markers of liver disease in their blood.

Ultimately, 253 children were found to be at greater risk for liver injury. Children in the higher-risk category were more likely to belong to racial or ethnic minorities and more likely to have overweight or obesity compared with kids at lower risk. Their mothers were more likely to be poorly educated and to have a higher body mass index. Other studies have found maternal obesity to be a risk factor for NAFLD in children.

“These findings show that early life exposure to many endocrine-disrupting chemicals is a risk factor for pediatric non-alcoholic fatty liver disease and draw attention for additional investigation needed to elucidate how environmental chemical exposures may interact with genetic and lifestyle factors in the pathogenesis of liver disease,”  Valvi said in a press release.

While fatty liver disease and diabetes are known to be linked in adults, the association in children has not been well studied. Jeffrey Schwimmer, MD, of the University of California San Diego, and colleagues assessed the incidence of type 2 diabetes and associated risk factors in children with NAFLD.

“There is a growing public health crisis as children with diabetes mature into adults with diabetes,” Schwimmer said in a press release. “We need to better understand how NAFLD contributes to type 2 diabetes risk in children so that we can actively work to prevent it.”

Participants in the study were enrolled in the Nonalcoholic Steatohepatitis Clinical Research Network. The occurrence of type 2 diabetes in children with NAFLD was assessed using lab tests and clinical histories.

The study population included 892 children with NAFLD. About three quarters were male, and the average age was 13 years. They were followed for nearly four years.

The incidence of type 2 diabetes was 3,000 cases per 100,000 person-years. This meant that one in six children developed the condition by the end of the study period. The incidence of type 2 diabetes was much higher in girls compared with boys. Other risk factors for diabetes included the severity of obesity and liver injury, including the presence of fat and scar tissue (fibrosis) in the liver.

“These findings have clinical implications for gastroenterologists caring for children with NAFLD,” Schwimmer said. “They should be aware of the risk and provide monitoring, anticipatory guidance and lifestyle interventions that help their patients avoid developing type 2 diabetes.”

Click here to read the study in Clinical Gastroenterology and Hepatology. 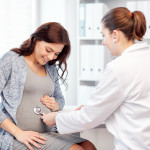