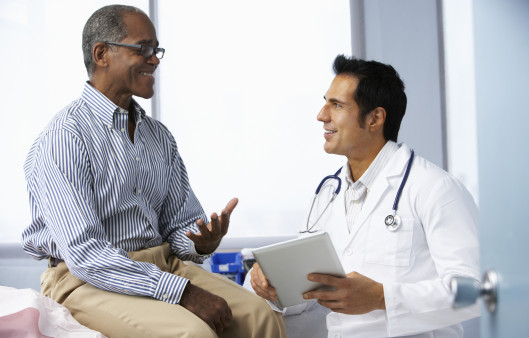 Prostate Cancer Screening Should Be an Individual Decision

A recent report suggests reduced screening may be linked to a rise in advanced disease.

The U.S. Preventive Services Task Force (USPSTF) this month recommended that men between ages 55 and 69 should make an individual decision about prostate cancer screening in consultation with their doctor, taking into account their specific risk factors and personal preferences.

The new recommendations, issued in draft form last year and published this month in the Journal of the American Medical Association, walk back the USPSTF’s prior stance against routine prostate cancer screening for this age group. The task force continues to recommend against PSA screening for men age 70 and older.

The change comes as a new report on cancer trends shows that diagnosis of late-stage prostate cancer has increased and prostate cancer deaths have leveled off, coinciding with—but not necessarily attributable to—the prior recommendations that discouraged screening. A shift toward active surveillance may help keep death rates low while reducing complications from immediate surgery and radiation therapy.

Prostate cancer is the most common cancer (after noninvasive skin cancer) and the second leading cause of cancer death among men in the United States. Nearly 164,700 men will be diagnosed with prostate cancer and around 29,500 will die from it this year, according to the American Cancer Society. Prostate cancer typically grows slowly, and only a small proportion of men who develop this cancer will die from it. 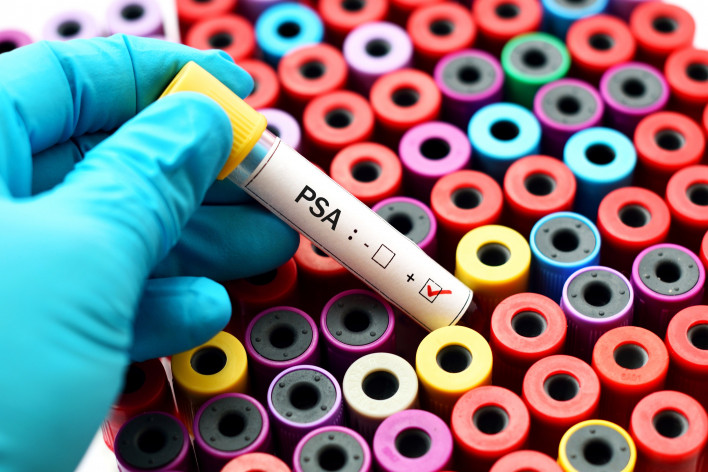 Prostate cancer can be detected by a blood test that measures prostate-specific antigen (PSA), a protein produced by the prostate gland. But this test does not show how aggressive or advanced the cancer is or how well it will respond to treatment. And some men with elevated PSA levels do not actually have prostate cancer, known as a false positive.

Confirming a positive PSA test often involves a biopsy (the collection of a tissue sample for laboratory testing), which itself carries a small risk of complications. Unnecessary treatment of nonaggressive cancers with surgery and radiation can lead to adverse outcomes, including surgical complications, urinary incontinence and sexual problems. About 20 percent of men who undergo radical prostatectomy (prostate removal) develop long-term urinary incontinence, and two thirds will experience long-term erectile dysfunction, according to the USPSTF expert panel.

Men with positive PSA tests have therefore faced a decision between watchful waiting to see whether the cancer progresses—at which point it may be harder to treat—or undergoing prompt aggressive treatment that could reduce their quality of life.

In 2002, the USPSTF said there wasn’t enough evidence to recommend either for or against routine PSA screening. In 2008, the task force recommended against screening for men age 75 and older but concluded there still weren’t enough data to weigh the benefits and harms for younger men. In 2012, the expert panel recommended against routine PSA screening for men of any age in the general population.

The new recommendation is based on a review of the latest research, which offers stronger evidence that routine PSA screening is associated with a small reduction in the risk of death. Along with this added evidence of benefits, the widespread adoption of active surveillance to promptly detect disease progression has lessened the harms of immediate treatment.

Data from randomized studies indicate that routine PSA screening of men ages 55 to 69 may prevent 1.3 prostate cancer deaths per 1,000 men over the course of 13 years, as well as three cases of metastatic cancer that spreads beyond the prostate, according to the panel. Two large screening studies originally appeared to reach conflicting conclusions, but an extended analysis found that screening was associated with about a 30 percent reduction in prostate cancer mortality in both studies (see this overview from last year).

The latest changes bring the USPSTF into closer alignment with other professional organizations including the American College of Physicians, the American Urological Association (AUA), the American Society of Clinical Oncology, the National Comprehensive Cancer Network and the American Cancer Society.

Most experts now agree that although the chances of harm from PSA testing will outweigh the benefits for many men in the 55-to-69 age group, for others the balance will tip in the other direction. Men should “incorporate their values and preferences” when making a decision, considering factors such as their risk tolerance and concern about side effects, according to the USPSTF panel.

Men at higher risk for aggressive disease or for developing cancer at a younger age—such as African-American men and those with a family history of prostate cancer—might consider starting screening before age 55, according to the panel. And the AUA says men in good health might opt for screening past age 70.

The USPSTF panel added that PSA screening every two or four years, rather than annually, “appears to provide a good trade-off” between minimizing overdiagnosis and reducing mortality.

Of note, a recent large randomized study in the United Kingdom found that a screening program that offered men ages 50 to 69 a onetime PSA test was not associated with a reduced risk of prostate cancer death over 10 years (about 0.30 deaths per 1,000 person-years), although more cases of low-risk prostate cancer were detected. So repeated testing over time appears more beneficial.

While there is now a consensus about the importance of shared decision-making between men and their doctors, this is easier said than done.

“[T]he available data do not allow the physician to recommend a course of action without further understanding what is important to the patient—which can only happen by spending time in discussion,” Anita Misra-Hebert, MD, MPH, and Michael Kattan, PhD, of the Cleveland Clinic wrote in an accompanying editorial. "The U.S. health care delivery system needs a structure that not only allows, but encourages, a space for physicians and patients to engage in meaningful conversations where shared decision-making has the opportunity to take place."

The latest Annual Report to the Nation on the Status of Cancer, released this month, shows that overall cancer death rates continue to decline among men, women and children in the United States in all major racial and ethnic groups. But a companion study showed that the burden of late-stage prostate cancer has increased—even as most other common cancers have decreased—and prostate cancer mortality has leveled off after falling for more than two decades. 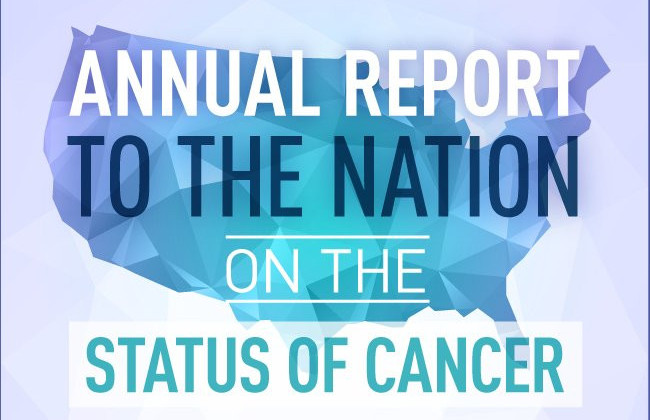 Although overall prostate cancer incidence fell from 163 to 104 new cases per 100,000 men between 2007 and 2014, the incidence of distant or metastatic cancer rose from 7.8 to 9.2 new cases per 100,000 men, according to the National Cancer Institute (NCI). However, there was no increase in high-grade cancer with a Gleason score of 9 or 10, meaning the cancer cells look highly abnormal. Prostate cancer deaths stabilized between 2013 and 2015, ending a decline that started in 1994.

These trends coincide with a drop in PSA screening among men age 75 and older after 2008 and among men ages 50 to 74 between 2010 and 2013, reflecting changes in the USPSTF recommendations.

The report’s lead author, Serban Negoita, MD, of the NCI’s Surveillance Research Program, said these findings do not demonstrate that the decline in screening caused the increase in metastatic prostate cancer diagnosis or the leveling off of deaths, noting that many other factors—such as improvements in treatment—contribute to incidence and mortality.

In a recent editorial in the journal Cancer, Christopher Filson, MD, of Emory University School of Medicine in Atlanta, suggested that the increase in metastatic cancer could be related to improved access to health care, as millions of men gained coverage between 2010 and 2015 thanks to the Affordable Care Act and Medicaid expansion.

But others blame the increase on changing guidelines. In another editorial accompanying the USPSTF recommendations, Peter Carroll, MD, MPH, of the University of California at San Francisco Helen Diller Family Comprehensive Cancer Center, said the 2012 recommendation against PSA screening “may have had an adverse effect on prostate cancer incidence rates across risk groups, including potentially lethal cancers.”

Other recent studies support a trend away from immediate surgery and radiation therapy and toward active surveillance for low-risk prostate cancer. Current guidelines recommend conservative management of nonaggressive cancer, but many providers do not follow them.

A retrospective analysis looked at more than 125,000 men in the Department of Veterans Affairs health care system diagnosed with low-risk prostate cancer (PSA below 10 nanograms per milliliter, Gleason score of 6 or less and Stage 1 or 2a tumors). Because the VA provides universal care to veterans, patients are less likely to be denied treatment because they can’t pay and providers don’t have a financial incentive to encourage unnecessary aggressive care.

In 2005, just 27 percent of the men under age 65 opted against immediate surgery and radiation in favor of either watchful waiting or active surveillance; in 2015, this figure rose to 72 percent. The proportion receiving more intensive active surveillance (at least two PSA tests and one biopsy within two years after diagnosis) rose from 4 percent to 39 percent. Trends were similar for older men.

“Despite some regional variation suggesting additional room for improvement in the VA, these data suggest that an integrated health care system with equitable access for patients and without volume-based incentives for physicians may overcome many barriers to guideline-recommended conservative management,” the study authors concluded.

Another study using MarketScan, a database of private insurance claims, found that PSA testing, prostate biopsies and prostate cancer diagnoses declined between 2009 and 2014—and especially after 2011. Among men with a new prostate cancer diagnosis, the proportion who underwent definitive local treatment (surgery or radiation) fell from 69 percent to 54 percent, showing a slower shift in the same direction for men with private insurance.

“Moving forward, research related to PSA testing at a population level should identify patients who gain the most value from screening,” Filson wrote in his editorial accompanying the study. “PSA screening provides considerable benefits to certain patients who are at risk for lethal prostate cancer. The potential risks to those who undergo PSA screening can be decreased with more appropriate use of prostate biopsies and continued deployment of active surveillance strategies for men with less aggressive prostate tumors. The key will be performing PSA screening—in addition to biopsies and prostate cancer treatment—more intelligently, not more frequently.”

Studies are currently under way in the United States and Europe to assess whether active surveillance may also be a good alternative to immediate surgery and radiation therapy for women diagnosed with low-risk early breast cancer.

Click here to read the updated USPSTF recommendations in the Journal of the American Medical Association.

Click here to read the prostate cancer status report in the journal Cancer.