Black and Latino men are dying from HPV-associated throat cancer at higher rates than white men, according to a new study led by Rutgers University researchers. They also found that a growing number white men with the cancer were being diagnosed at a later stage.

HPV refers to human papillomavirus, which is usually spread though skin-to-skin touching during sexual activity. A very common virus with many different types, HPV can cause genital warts and cancers, including throat and mouth cancers.

Men are more susceptible to getting HPV than women. They are three times more likely to test positive for HPV and five times more likely to develop throat cancer, according to a Rutgers press release about the study. Last year in the United States, about 38,000 men were diagnosed with cancers of the mouth and throat and over 7,000 died.

Although throat cancer has long been associated with excessive tobacco or alcohol use, in the 1980s the incidence of throat cancer caused by HPV began to rise and is now the primary cause of the disease.

The study, published in the Annals of Cancer Epidemiology, analyzed data from 162,183 men in the United States diagnosed with throat cancer between 2005 and 2016.

Black and Latino men are still dying from HPV-associated throat cancer at rates higher than white men regardless of what stage at diagnosis or treatment, the study found. What’s more, the researchers noted a 50% increase in late-stage diagnosis among white men.

The good news is that vaccines are available against several types of HPV and effectively reduce the risk of cancer. For example, the HPV 9-valent vaccine, known as Gardasil 9, was approved by the Food and Drug Administration in 2014 and prevents HPV-related infections.

The bad news is that studies have shown a declining awareness of HPV and the vaccine—particularly among males, racial minorities, people living in rural areas and those of low socioeconomic status.

“Since these oropharyngeal cancers [head and neck cancers, including the throat] are all potentially preventable through the administration of the HPV vaccine, public health campaigns are needed to increase awareness of HPV’s link to throat cancer, its signs and symptoms, and to promote uptake of HPV vaccinations in all adolescent and young adult males,” Jeanne Ferrante, the study’s senior author and professor in the Department of Family Medicine and Community Health at Rutgers Robert Wood Johnson Medical School, said in the Rutgers news release. 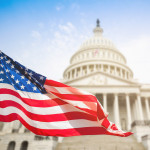