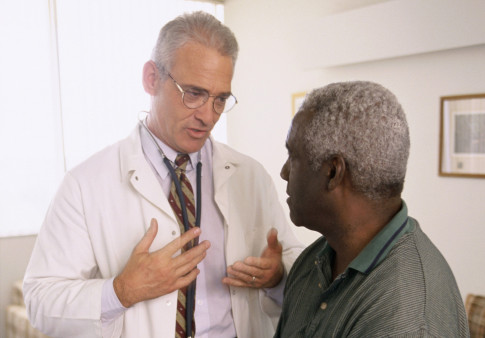 Differences in health insurance coverage played a large role in the racial disparities in colorectal cancer cases, a study found.

In a new large national study led by researchers at the American Cancer Society (ACS), Black patients diagnosed with early-onset colorectal cancer received worse and less timely care than their white counterparts. Differences in health insurance coverage type, a modifiable factor, according to the findings, were the largest identified contributor to the racial disparities. The study results were presented at this year’s annual meeting of the American Society of Clinical Oncology (ASCO) in Chicago, June 3 to 7.

In the study, led by Leticia Nogueira, PhD, MPH, senior principal scientist, health services research at the American Cancer Society, more than 147,000 non-Hispanic Black and white individuals aged 20-49 years newly diagnosed with colorectal cancer during 2004–2019 were selected from the National Cancer Database. Patients who received all care recommended by the National Comprehensive Cancer Network (staging, surgery, lymph node evaluation, chemotherapy and radiotherapy) for which they were eligible according to cancer subsite and clinical and pathological TNM stage were considered guideline-concordant. Demographic characteristics (age and sex), comorbidities, and health insurance coverage type were added sequentially to a series of multivariable models to estimate the contribution to racial disparities in receipt of guideline-concordant care. Racial disparities in time from diagnosis date (among rectal cancer patients eligible for neoadjuvant chemotherapy) and surgery date (among colon cancer patients eligible for adjuvant chemotherapy) to date of chemotherapy initiation was evaluated using restricted mean time to treatment.

This article was originally published May 26, 2022, by American Cancer Society. It is republished with permission.