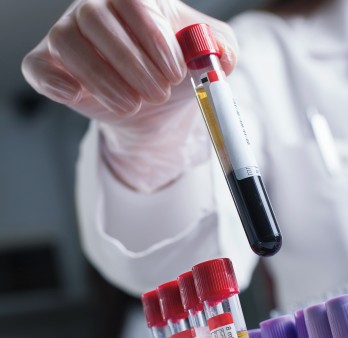 The first-ever comprehensive effort to characterize acute myeloid leukemia in children and young adults found key differences between the molecular signatures of the disease in these young patients and the cancer of the same name that affects the old.

With such differences in play, researchers said, it doesn’t make sense to assume that AML therapies developed for the elderly will work for younger patients—as doctors have been doing for four decades.

These differences are “remarkable,” said lead researcher and pediatric AML specialist Dr. Soheil Meshinchi of Fred Hutchinson Cancer Research Center. “The whole idea of ‘trickle-down therapeutics’—where you identify drugs in 60- or 70-year-olds and eventually this will help the 25-, 35-year-olds—this really does not hold true because those [targetable mutations] that are prevalent in older adults are either nonexistent or very rare in the younger population.”

The study’s results are already having an impact on the way young patients with this cancer are treated, the researchers said. The team used the data to craft an improved system for determining at diagnosis the severity of a young patient’s AML. The purpose is to ensure that those with the most aggressive disease get the most aggressive treatments, while those with better prognoses receive treatment regimens with less potential for damaging side effects. The system has now been implemented into care at Seattle Children’s Hospital, where Meshinchi sees patients, and it will be integrated into national cooperative clinical trials on childhood and young-adult AML going forward, he said.

And the results are paving the way for improved care for young AML patients: Researchers are launching new studies to test targeted therapies that this analysis has revealed may have promise to help, Meshinchi said.

The paper was published today in the journal Nature Medicine. Many of the published results were first released in presentations and posters at the annual meeting of the American Society of Hematology in December 2016. Additional results from their project are being presented at the 2017 ASH meeting, which is ongoing through Tuesday in Atlanta.

AML is traditionally diagnosed based on how a patient’s blood or marrow cells look under a microscope. Doctors look for the overgrowth of immature white blood cells or telltale cell characteristics, like abnormalities in the structure of their chromosomes. According to statistics gathered by the American Cancer Society and the National Cancer Institute, AML is diagnosed in about 21,000 Americans a year, mostly in people over age 65, and about 10,600 Americans die of it every year.

These statistics have been a source of frustration for Meshinchi, who has found that the cancer’s higher prevalence among older adults has given it a reputation as an “adult cancer,” obscuring the need for research focused on younger patients. And, clearly, improvements are needed: As the researchers point out in their paper, four of 10 young AML patients do not survive long term.

That’s why this study has been so important to Meshinchi and other pediatric AML researchers. The research effort is called TARGET AML, and it is one of five pediatric/young adult cancer-specific projects nationwide under the TARGET initiative, which stands for Therapeutically Applicable Research to Generate Effective Treatments.

“When you’re talking about a 6-year-old who has 70 years of productivity in front of them, putting resources into those [cancers] is highly critical,” Meshinchi said.

The TARGET AML research team includes 29 scientists from 12 institutions across the U.S., Canada and the Netherlands. For this study, the researchers delved into the genomes of more than 1,000 young patients nationwide, ages 8 days to 29 years. Besides reading the letters of the DNA code, the researchers also gathered data from hundreds of participants on how cells’ machinery was reading and interpreting the DNA instructions. This gave them a more comprehensive picture of the underlying biology of this cancer in these patients.

“You have these amazing, distinct patterns. Even though the endpoints are the same—you have the same leukemia—how you get there seems to be completely different,” Bolouri said.

In the older patients, in whom AML is most common, the cancer typically results from the accumulation of a lifetime of small, single-letter changes in DNA, research has found. But the TARGET AML researchers showed that in young patients, the cancer typically arises because of a big change—such as a huge chunk of the genome that was moved someplace it didn’t belong, causing a ripple effect of dysregulation that eventually resulted in cancer.

And pediatric AML isn’t even just one disease. Based on the researchers’ data, three subgroups emerged, each centered around distinct molecular signatures found in different ages of young patients. One was in babies and toddlers, another was in kids age 3 to 14, and another was in teens and younger adults ages 15 to 39. There were even subtypes within the subtypes, some so rare that they might only be found in five people a year in the U.S., Meshinchi said.

“So that makes it very challenging to develop therapeutics,” Meshinchi said. “But frankly if that’s what it takes, that’s what we need to do.”

One of the study’s key findings is that current standards for genetic testing to guide treatment for pediatric AML could be “inadequate,” as the researchers write in their paper—to the detriment of patients.

Treatment for AML commonly is guided by genetic testing for alterations in small handful of genes. For example, AML patients of all ages are often tested for a certain kind of aberration in a gene called FLT3; if the aberration is present, this suggests that the patient is more likely to die from their cancer, so doctors recommend more aggressive and targeted treatments.

But the TARGET AML team showed that this particular aberration can actually be linked to a good chance of survival in young patients—if the patient also has a mutation in a gene called NPM1. But combine the FLT3 aberration with abnormalities in certain other genes instead, and the risk of the disease becoming deadly skyrockets again.

“The difference between these two is really, really sharp,” Bolouri said. He has been developing new computational methods to better identify these kinds of critical combinations from multiple complex sets of data, like those used in this study.

In the study published today, the researchers did not do every type of genomic testing in every participant. Fewer than 200 participants had their entire genomes sequenced—that is, had every single DNA letter recorded out of their 3 billion total. (Most patients’ DNA was sequenced in a more targeted way. And about 400 patients’ samples were analyzed for changes in their RNA or for chemical modifications to their DNA strands, which can show how genes are being “read.”) In the next phase of their study, which has already begun, the team is doing whole-genome sequencing in well over 1,000 patients.

For Meshinchi, the data that are emerging from TARGET AML and other studies in young AML patients make it clear just how important it is for AML patients, or parents of young patients, to get the cancer’s genome sequenced to help determine the best treatment.

“They really should expect that their child’s disease is studied very, very carefully, that it’s sequenced and that it’s looked at as an individual case—not just as an AML. Because each AML can be so drastically different than the other,” Meshinchi said. “Knowing the genomic makeup, knowing the mutations, the translocations, these are all critical. And [parents should ensure] that they are treated according that information.”

Targeted drugs exist for several of the molecular aberrations identified in the young patients on the study, Meshinchi said, some of which had been developed first for other conditions. He and other researchers are now working to bring these drugs into clinical trials for young AML patients. The first of these is on track to launch next year, he said.

And other new targeted therapies for pediatric AML are in development at Fred Hutch and other institutions, including high-tech strategies for genetically re-engineering patients’ immune cells to recognize the unique molecular profiles of their cancers and kill them.

“Now, sequencing is becoming so routine, we can make significant impact almost immediately in patients that are newly diagnosed by identifying the disease makeup and therapeutic options,” Meshinchi said.

“I’ve been more optimistic in the past year than I’ve been in the previous 19,” he added.

Besides Meshinchi and Bolouri, other lead authors on this paper were Dr. Jason Farrar of the University of Arkansas Winthrop P. Rockefeller Cancer Institute; Dr. Timothy Triche of the Van Andel Research Institute and the University of Southern California Norris Comprehensive Cancer Center; and Rhonda Ries of Fred Hutch.

This article was originally published on December 11, 2018, by Hutch News. It is reprinted with permission.

See here for a follow-up story about how big data is advancing cancer research studies like this one.