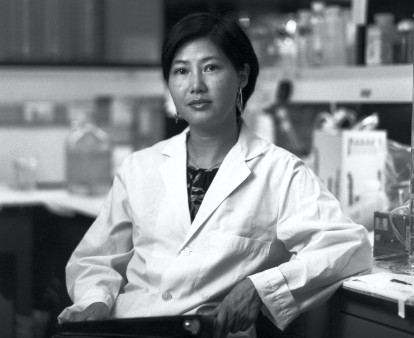 The molecular biologist was the first to clone HIV, and she helped prove that the virus causes AIDS. She also researched cancer genetics.

The most-cited female scientist of the 1980s, Flossie Wong-Staal, PhD, a molecular biologist who made groundbreaking discoveries about HIV, died July 8, 2020, of a pneumonia infection unrelated to coronavirus, according to an obituary in the Washington Post. She was 73.

Wong-Staal was the first to clone HIV, and she made pivotal discoveries on how its genes worked, which helped prove that HIV causes AIDS. In addition, her HIV molecular research led to the use of drug cocktails—taking several meds at once—to treat AIDS, according to memorial about Wong-Staal posted on the website of the National Cancer Institute, which is part of the National Institutes of Health (NIH).

She was also active in cancer research, notably in oncogenes (genes that can turn a cell into a tumor).

Am truly saddened to hear of @DrWongStaal’s (黄以静) passing. She was the first scientist to clone #HIV & genetically mapped the virus, which helped lead to first blood tests & drug therapies. So many people alive today literally owe their lives to this great woman. @UCSanDiego https://t.co/vCtNMh9NJg

Originally from Hong Kong, Wong-Staal began working at the NIH in 1973, in the lab of Robert Gallo, PhD, who is credited as one of the scientists who discovered HIV. The team was doing groundbreaking work on retroviruses, a class of viruses that are hard to detect because they insert themselves into the genetic material of their hosts. HIV is a retrovirus.

It may be hard to believe today, but until the late ’70s, the idea that retroviruses existed in humans was controversial—they were dismissively referred to as “human rumor viruses.” None had been discovered until Gallo and his team, including Wong-Staal, identified the first. And shortly right after that, HIV/AIDS emerged in the early 1980s.

You can read a fascinating and lengthy interview with Wong-Staal from 1997 that’s part of the NIH oral history. It covers not just her HIV research during this intense time period but also the growing importance of patent protection for scientific discoveries and the controversies over whose lab discovered HIV first.

Her birth name was Yee Ching Wong; she changed her name at the suggestion of English-speaking nuns at her high school. She didn’t want a typical name, so she asked her father to pick something unique. He looked at a list of names for typhoons and chose Flossie.

She was active on Twitter until late April, posting about the coronavirus and the benefits of face masks.

March 8 marked International Women’s Day; Wong-Staal was one of 20 women honored in the #20for2020 campaign highlighting the work of female leaders. She was also included in The Book of Gutsy Women: Favorite Stories of Courage and Resilience, by Hillary Rodham Clinton and Chelsea Clinton, which was published last fall.