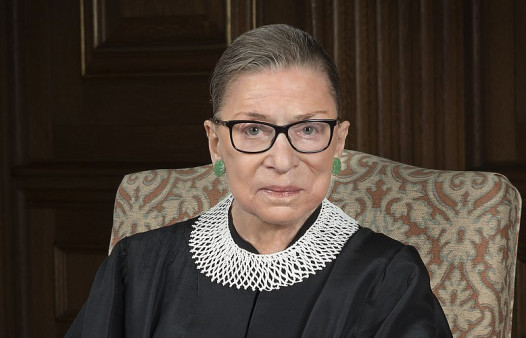 Ruth Bader Ginsburg Is Being Treated for Cancer Recurrence

The Supreme Court justice, who is undergoing biweekly chemotherapy, says she remains fully able to carry out her work on the court.

Supreme Court Justice Ruth Bader Ginsburg is undergoing treatment for a recurrence of cancer in her liver, according to a statement issued by the court.

“I will continue biweekly chemotherapy to keep my cancer at bay and am able to maintain an active daily routine,” Ginsburg said. “Throughout, I have kept up with opinion writing and all other Court work.”

BREAKING: Justice Ruth Bader Ginsburg says she’s receiving chemotherapy for a recurrence of cancer, but has no plans to retire from the Supreme Court. https://t.co/pdst47mp3P

Ginsburg has battled cancer multiple times. In 1999, she was successfully treated for colon cancer, and in 2009, she had surgery to treat early stage pancreatic cancer. A decade later, in December 2018, she underwent surgery to remove part of her left lung after early-stage nodules were found during an operation to repair broken ribs resulting from a fall at her office.

Last August, the court announced that Ginsburg had successfully undergone radiation therapy for a cancerous tumor on her pancreas. “The tumor was treated definitively, and there is no evidence of disease elsewhere in the body,” read the SCOTUS statement issued at the time. The justice continued to receive routine monitoring scans, and in January, she said she was cancer-free.

But even apparently successful treatment can leave residual cancer cells in the body that can spread elsewhere, a process know as metastasis. The liver is among the most common sites for metastatic cancer. Ginsburg’s new liver lesions were revealed by a periodic scan in February and confirmed with a biopsy.

In the latest SCOTUS statement, Ginsburg said she started a course of chemotherapy with gemcitabine in mid-May, which is “yielding positive results.” A subsequent scan showed that the tumors had shrunk. She added that she is “tolerating chemotherapy well” and will continue to receive infusions every other week. She also noted that treatment with an unspecified immunotherapy had proved unsuccessful.

Gemcitabine can cause side effects including a low white blood cell count, which increases susceptibility to infections. However, she indicated that her recent hospitalizations to remove gallstones and treat an infection were unrelated to the cancer recurrence.

As the oldest justice, at age 87, Ginsburg’s health is closely watched because her replacement by a conservative judge would further shift the makeup of the high court.

“I have often said I would remain a member of the Court as long as I can do the job full steam,” she said. “I remain fully able to do that.”