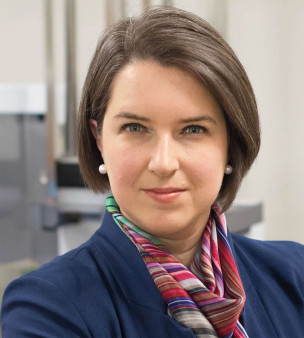 Alexandra-Chloé Villani, PhD, and her team tackle a perplexing issue—the adverse side effects of immunotherapy drugs.

At her laboratory at Massachusetts General Hospital (MGH) in Boston, Alexandra-Chloé Villani, PhD, and her team of geneticists and computational experts tackle a perplexing issue—the adverse side effects of immunotherapy drugs.

PD-1 checkpoint inhibitors, which have revolutionized the treatment of many once-incurable cancers by releasing the brakes on the immune system, “are a good news story,” she says. But in some cases, they may also cause the body to attack healthy organs, including the heart and the colon, as well as tissue in the nervous system and elsewhere. The causes aren’t well understood but may include inflammatory chemicals (cytokines) released by the drugs that stay elevated. Some individuals may have latent susceptibility to autoimmune conditions triggered by immunotherapy.

The main treatment is steroids, which broadly tamp down the immune system. But that can interfere with the efficacy of the immunotherapy, so the therapeutic goal is to minimize the dose and duration of steroids. The key is to identify patients with these side effects as early as possible. The sooner those complications are detected, says Villani, “the easier they are to reverse.”

To make that happen, she partnered with MGH’s Kerry Reynolds, MD, clinical director of inpatient oncology, to create the Severe Immunotherapy Complications Service (SICE) in 2017. “We can move extremely quickly, running diagnostics,” Villani says. “We are capable of catching patients very rapidly.” A multidisciplinary team can then be activated to manage those complications.

The Villani team, though, has bigger goals. Using tissue samples collected from SICE patients with their permission, the lab, with funding from the Damon Runyon Cancer Research Foundation, uses single-cell genomics and big data to find better diagnostics and treatments. “We can now measure genomic material, RNA and DNA, in multiple measurements at scale—thousands of parameters in one cell, for over 20,000 cells at a time,” she says. Her team then uses advanced computational techniques to mine this massive amount of data to identify unique patterns. “We use technologies to identify how a cell is wired, to explain toxicity,” she says. “We are trying to find therapeutic targets without using steroids, without impacting antitumor response.”

Her lab has identified groups of “guilty” cells in tissues that are enriched with different toxicities. Several studies are underway, which may lead to clinical trials. “I am confident we will find solutions,” says Villani. “There are definitely clear signals. We are moving at a pace not possible 10 or even five years ago.” How confident? Says Villani, “I am putting my career on the line.”