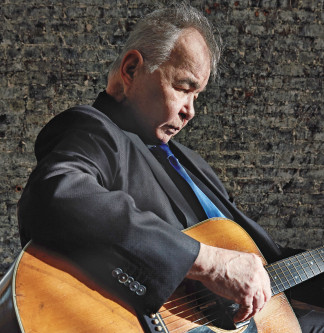 Singer-songwriter John Prine’s songs have embraced pain with kindness and a wicked and whimsical sense of humor.

From his 1971 self-titled debut album to 2018’s Tree of Forgiveness, singer-songwriter John Prine’s songs have embraced pain with kindness and a wicked and whimsical sense of humor.

Good thing Prine still has his voice. He has lost it twice. In 1998, after neck surgery and radiation for squamous cell cancer damaged his vocal cords, he spent a year in speech therapy. Then, in 2013, he had part of one lung removed to treat lung cancer, which left him too breathless to sing professionally.

He credits a fitness trainer buddy with tailoring a program that made sense to the fitness-resistant singer.

“He had me running up and down our staircase three times,” he told Terry Gross, host of National Public Radio’s program Fresh Air. “Then he’d put a guitar around my neck, and I’d sing three songs without taking a breath. You know, and that was all after losing half a lung.
I didn’t know I could train like that.”

It paid off. This summer, Prine will tour in New York, Kentucky, Colorado, Utah, Oregon, Canada, Finland, Sweden, Norway, Holland, Germany, France and the United Kingdom. He’ll likely sing the song “Summer’s End,” from his latest album, which evokes loss and reconciliation: “Well, you never know how far from home you’re feelin’ / Until you’ve watched the shadows cross the ceilin’… Just come on home / Come on home. No, you don’t have to / Be alone / Just come on home.”