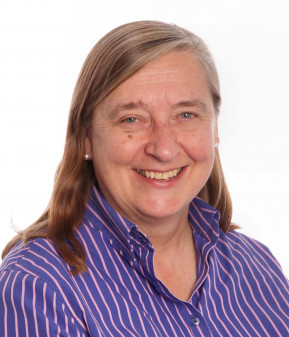 Study shows six months of trastuzumab works as well as a full year.

A shorter six-month course of Herceptin (trastuzumab) for early breast cancer reduced cancer relapse and death as much as the standard 12 months of treatment but with fewer cardiac side effects and at a lower cost, according to research findings released ahead of the American Society of Clinical Oncology (ASCO) annual meeting next month.

“We are confident that this will mark the first steps towards a reduction of the duration of trastuzumab treatment to six months in many women with HER2-positive breast cancer,” lead researcher Helena Earl, MD, of the University of Cambridge told reporters during an ASCO advance press briefing.

Breast cancer is classified by the kind of receptors it expresses. A majority of breast cancers carry receptors for estrogen or progesterone, and treatment usually includes hormone-blocking drugs. Around 20 percent of tumors overexpress HER2 (human epidermal growth factor receptor 2) and can be treated with HER2 inhibitors like Herceptin. Triple-negative breast cancer doesn’t express any of these receptors and is hardest to treat.

Women diagnosed with early breast cancer typically undergo surgery followed by adjuvant chemotherapy or targeted therapy to reduce the risk of the cancer coming back. Herceptin, a monoclonal antibody, was approved by the Food and Drug Administration (FDA) in 1998 after three pivotal trials showed that a yearlong course significantly reduced cancer recurrence and improved survival.

However, the drug can cause side effects that include serious heart damage. And it is expensive, costing around $70,000 a year. Last December, the FDA approved the first biosimilar version of trastuzumab, called Ogivri (copies of biologic drugs are known as biosimilars rather than generics). But biologics are expensive to produce compared with small-molecule pills, so the cost will remain high.

After small studies suggested that a shorter course of Herceptin might be adequate—as little as nine weeks in one Finnish study—Earl’s group conducted the Phase III PERSEPHONE trial to compare the efficacy and tolerability of six versus 12 months of Herceptin as adjuvant therapy for women with early breast cancer.

This study enrolled 4,088 women at more than 150 sites in the U.K. who had HER2-positive breast cancer that had not spread elsewhere in the body. Two thirds had estrogen receptor-positive tumors. Half were randomly assigned to receive six months of Herceptin while the other half continued for 12 months. They also received chemotherapy using taxane drugs, such as paclitaxel; anthracycline drugs, such as doxorubicin; or both.

After a median of five years of follow-up, 89.4 percent of women treated with six months of Herceptin were still alive without disease recurrence, compared with 89.8 percent of those treated for 12 months. This was not a significant difference, indicating that the six-month course was noninferior to 12 months, Earl reported.

Side effects, however, did differ in the two groups: Women treated for six months were half as likely to stop treatment early due to cardiac problems compared with those treated for 12 months (4 percent versus 8 percent, respectively). Other side effects were also reduced, indicating that the shorter duration “will let women return to their normal lives faster,” Earl said.

Earl noted that the researchers are assessing quality of life outcomes and plan to analyze blood and tissue samples to look for biomarkers that might help determine whether specific subgroups of women are likely to do well on the shorter course while others might benefit from longer treatment.

Asked whether insurers could require shortening the duration of treatment to save money based on this study, Earl said further follow-up is needed, and ASCO chief medical officer Richard Schilsky, MD, said such a mandate is unlikely until the FDA updates the Herceptin product label or clinical practice recommendations are changed.

ASCO president Bruce Johnson, MD, added that it may be a bit early to recommend a change in practice, as only 8 percent of study participants had died during follow-up and it’s hard to draw definitive conclusions from small numbers. But he said that the combination of equal benefit and reduced cardiac risk is “a win-win for patients.”