Smoking Poses a Clear and Present Danger to People With HIV

A study comparing matched groups of people with and without HIV found that smoking was a powerful cancer risk factor, especially for women.

A large, important study comparing closely matched groups of people with and without HIV over time has concluded that smoking is a potent independent risk factor for cancer in the HIV population, especially for women, aidsmap reports.

A research team led by Nancy Hessol, MSPH, of the University of California, San Francisco, published their findings in the journal AIDS. They analyzed data on 4,423 women enrolled in the Women’s Interagency HIV Study between 1994 and 1998 as well as 6,789 men who have sex with men enrolled in the Multicenter AIDS Cohort Study between 1984 and 2018.

About three quarters of the women and 44% of the men were HIV positive; a respective 65% and 60% were smokers.

During the two studies’ follow-up periods, the participants were diagnosed with a cumulative 406 smoking-related cancers—most commonly, those of the lung or bronchial tubes (117 cases), colon or rectum (52), anus (52) and liver (39).

Even after the study authors adjusted the data to account for differences in risk factors for smoking-related cancers, such as the duration and intensity of smoking, they found that the smoking-related cancer diagnosis rate was higher among those living with the virus than among the HIV-negative individuals.

When the investigators then restricted their analysis to cover only the era that started when combination antiretroviral treatment became available in 1996, they found that the smoking-related cancer diagnosis rate was 50% higher among those with HIV compared with those who did not have the virus.

Among people with HIV, having a CD4 count below 200 and a viral load above 500 were each independently associated with a greater smoking-related cancer diagnosis rate.

The study authors concluded that 31% of the smoking-related cancers diagnosed among those with HIV, including 28% of those among men and 39% of those among women, were directly attributable to smoking.

“In addition to smoking-related cancers, preventing the initiation of smoking and smoking cessation lessens the burden for all smoking-related diseases. For people living with HIV, this is especially important given the elevated risk for several other diseases that can be exacerbated by smoking, including cardiovascular disease, pulmonary infections, chronic obstructive pulmonary disease and pneumonia.”

Retevmo Is Active Against Multiple Types of Advanced Cancer 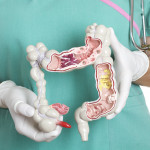 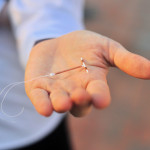