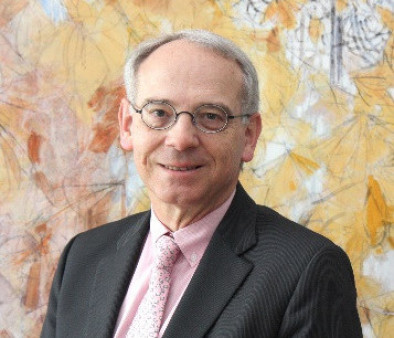 Undergoing chemotherapy and radiation prior to surgery and using a four-drug regimen afterward led to slower disease progression and longer survival for people with hard-to-treat pancreatic cancer, according to results from a pair of studies presented last week at the American Society of Clinical Oncology (ASCO) annual meeting in Chicago.

“Pancreatic cancer is notoriously aggressive and typically has a poor prognosis, so it is a major win to find that a new treatment regimen significantly improves survival for patients with this disease,” said ASCO expert Andrew Epstein, MD, of Memorial Sloan Kettering Cancer Center in New York.

Pancreatic cancer typically has no symptoms during its early stages and is often diagnosed late, when it is difficult to treat. Although pancreatic cancer accounts for only about 3 percent of all cancer cases in the United States, it is the fourth leading cause of cancer death. About 55,400 people will be diagnosed with pancreatic cancer and about 44,300 will die of it this year, according to the American Cancer Society.

In the first study, Geertjan Van Tienhoven, MD, PhD, of Academic Medical Center in Amsterdam, and colleagues evaluated the use of chemotherapy plus radiation (chemoradiotherapy) before surgery for early-stage pancreatic cancer. This approach, known as neoadjuvant therapy, may shrink tumors and lead to more successful surgical outcomes.

The Phase III PREOPANC-1 trial enrolled 246 people with surgically resectable (removable) or borderline resectable pancreatic cancer. The current standard of care for this group—which makes up about 15 percent of all pancreatic cancer patients—is surgical removal followed by adjuvant chemotherapy to reduce the risk of recurrence; nevertheless, relapse is common.

Study participants were randomly assigned to receive either immediate surgery followed by gemcitabine chemotherapy or else chemoradiotherapy for 10 weeks prior to surgery and again after surgery; both groups received the same total amount of chemotherapy.

A majority of people in both groups had successful surgical resection (72 percent and 60 percent, respectively), but those in the presurgery chemoradiotherapy group were more likely than those in the immediate surgery group to have negative margins, meaning no microscopic evidence of cancer remaining around the edges of the removed tumor (63 percent versus 31 percent).

In this preliminary analysis, the median overall survival was 17.1 months in the presurgery chemoradiotherapy group versus 13.7 months in the immediate surgery group. This difference fell just short of statistical significance, meaning it could have been attributable to chance alone.

Looking just at the subset of patients whose tumors were successfully removed, the median survival difference was much larger: 42.1 months versus 16.8 months, respectively.

In addition, people who received presurgery chemoradiotherapy had better odds of surviving more than two years (42 percent versus 30 percent, respectively).

Disease progression occurred significantly less often in the presurgery chemoradiotherapy group compared with the immediate surgery group (80 percent versus 50 percent). Participants who received presurgery chemoradiotherapy went significantly longer before they experienced local or regional recurrence or distant metastasis. There was no notable difference in severe adverse events between the two groups.

“This is the first randomized clinical trial to show that preoperative treatment improves outcomes for people with early stages of pancreatic cancer who can have surgery,” said Van Tienhoven, who described the results at an ASCO press briefing. “We believe that this may be a practice-changing trial.”

The second study found that people who received a modified four-drug chemotherapy regimen known as FOLFIRINOX after pancreatic cancer surgery lived significantly longer than those treated with gemcitabine, which was the standard of care for much of the past decade (although recent research shows that a combination of gemcitabine plus capecitabine works better).

“For the first time, our trial shows a large benefit from adjuvant FOLFIRINOX chemotherapy over standard chemotherapy with gemcitabine, showing we can help patients with pancreatic cancer live much longer,” lead investigator Thierry Conroy, MD, of the Institut de Cancérologie de Lorraine in France told reporters at the press briefing.

The Phase III PRODIGE 24/CCTG PA.6 trial enrolled people with nonmetastatic pancreatic cancer who had undergone surgery to remove all or almost all their tumors. That is, they had no visible cancer remaining after surgery but may have had microscopically detectable cancer cells.

The study included 493 participants in France and Canada. After surgery, they were randomly assigned to receive six months of adjuvant chemotherapy using either a modified FOLFIRINOX regimen—consisting of oxaliplatin, leucovorin, irinotecan and 5-fluorouracil—or gemcitabine, all administered by IV infusion. A similar regimen is used for first-line treatment of metastatic pancreatic cancer that cannot be surgically removed.

After nearly three years of follow-up, the median overall survival was 54.4 months in the FOLFIRINOX group versus 35.0 months in the gemcitabine group—a 36 percent reduction in the risk of death. The median disease-free survival, or time without cancer recurrence, was 21.6 months versus 12.8 months, respectively. The time to cancer metastasis nearly doubled in the FOLFIRINOX group (30.4 months versus 17.0 months).

After three years, the overall survival rate was 63.4 percent in the FOLFIRINOX group versus 48.6 percent in the gemcitabine group. In addition, 39.7 percent and 21.4 percent, respectively, remained recurrence-free.

Participants in the FOLFIRINOX group were more likely than those in the gemcitabine group to experience severe side effects, including low blood cell counts (76 percent versus 53 percent). Patients taking FOLFIRINOX were more likely to report diarrhea, vomiting, fatigue and peripheral neuropathy, while those on gemcitabine had more headaches, fevers and flu-like symptoms. FOLFIRINOX is more toxic than gemcitabine, but it is a safe regimen withmanageable toxicities, Conroy said.

The modified FOLFIRINOX regimen “should now be considered a new standard of care after pancreatic cancer resection in patients with good performance status,” the researchers concluded.

Taken together, the findings from these studies offer hope for people with one of the most difficult-to-treat and deadly cancers. Further research is ongoing to explore the best preoperative chemotherapy regimen—FOLFIRINOX may be better than gemcitabine before as well as after surgery—and whether the addition of radiation offers benefits over neoadjuvant chemotherapy alone.