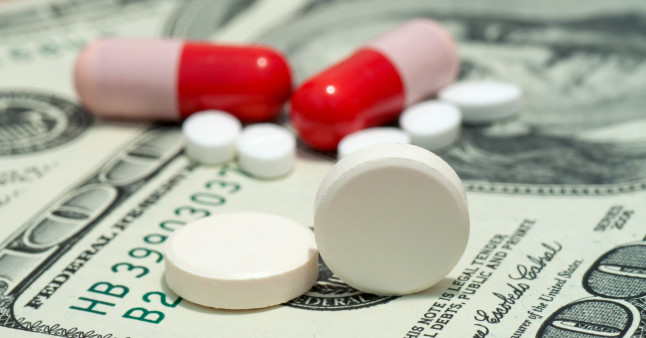 Patients often do not discuss treatment costs with their cancer care team.

Women with metastatic breast cancer and older cancer patients often experience financial distress related to the cost of their care, but many people do not discuss financial considerations with their doctors and other providers, according to three new studies presented at the American Society of Clinical Oncology (ASCO) Quality Care Symposium last weekend in Phoenix.

“As oncologists, we see the burden of high treatment costs on our patients every day. Many of them are skimping on needed medication, liquidating their savings and taking other extreme measures to control costs,” said ASCO expert Timothy Gilligan, MD, MSc, of the Cleveland Clinic Taussig Cancer Institute. “These studies reaffirm the important role we can play in initiating and guiding conversations about the cost of cancer care with our patients so that together we can make the best possible treatment decisions.”

People living with metastatic breast cancer, especially those without insurance, face substantial cancer-related financial burden, often dubbed “financial toxicity,” according to a nationwide analysis by Stephanie Wheeler, PhD, MPH, of the University of North Carolina at Chapel Hill, and colleagues.

“Our study shows that the financial toxicity of cancer is alarmingly high in many metastatic breast cancer patients and that having health insurance doesn’t protect patients from the psychosocial impact of high cancer costs,” Wheeler said in an ASCO press release. “High co-insurance and deductibles mean that many patients are still shouldering an enormous financial burden out-of-pocket and feeling anxious about what it will mean for their own and their families’ finances and financial legacy.”

The researchers, in collaboration with the Metastatic Breast Cancer Network, administered an online survey to 1,054 people with metastatic breast cancer in 41 states. About a third were uninsured, and uninsured individuals were more likely to identify as racial or ethnic minorities and to have a lower income, despite more full-time employment.

Almost all uninsured respondents (96 percent) said they had refused or delayed cancer treatment due to concerns about cost and 92 percent said they had been contacted by a collection agency about their medical bills. About half said they were not able to meet their monthly expenses and didn’t have enough savings to cover costs.

Insured people, however, also faced financial difficulty. About a third (36 percent) said they had declined or delayed treatment, 30 percent had been contacted by collection agencies, about a quarter were not able to meet expenses and nearly 60 percent didn’t have enough savings.

What’s more, insured individuals were actually more likely than uninsured people to report emotional distress related to not knowing what cancer care would cost (41 percent versus 24 percent) and worry about financial stress on their families (36 percent versus 19 percent). Nearly 60 percent said their out-of-pocket expenses were more than they expected.

“While providers have little control over the cost of treatment, they should monitor the burden and stress that it can impose on their patients as a component of the care they provide,” Wheeler said. “Clinicians should be attentive to how financial toxicity may be differentially experienced by patients with metastatic disease where treatment failure and rapidly changing treatment plans may add complexity and stress. Initiating conversations about treatment costs can be an important way for providers to help monitor how patients are faring and discuss solutions to mitigate financial distress.”

Supriya Gupta Mohile, MD, MS, of the University of Rochester Wilmot Cancer Institute, presented findings from a study of financial toxicity among older people living with cancer, defined as delaying medication due to cost or having insufficient income for food, housing or other basic needs.

This study, which included 542 patients age 70 to 96 from across the United States, found that 18 percent experienced financial difficulty related to the cost of treatment that negatively affected their care, mental health and quality of life. People who faced financial toxicity were more likely to report severe anxiety (18 percent), depression (27 percent) and poor quality of life (41 percent).

“The majority of patients with cancer are older, which means they’re living on restricted incomes and often don’t want to burden either their caregivers or kids,” Mohile said. “This is a vulnerable group we haven’t paid enough attention to as a society but really need to, especially as the older population continues to grow.”

Discussing the Cost of Care

The third study found that while many women with breast cancer experience substantial financial burden—and most say they would prefer to discuss the cost of care before starting treatment—few are actually having these conversations.

This study, presented by Rachel Adams Greenup, MD, MPH, of Duke University Medical Center, included 607 women with a history of non-metastatic (Stage 0 to Stage III) breast cancer who completed an electronic survey. Most were covered by private insurance (70 percent) or Medicare (25 percent), and they had a higher annual income on average than the U.S. general population.

About 15 percent of the women rated their financial burden as “significant” or “catastrophic.” The median out-of-pocket cost was $3,500, but a quarter paid at least $8,000 and 5 percent paid $30,000 or more on their own. Women who were diagnosed with more advanced stages of breast cancer and those who had more extensive surgery were more likely to experience financial hardship.

In this survey, 43 percent of respondents said they considered cost when making treatment decisions and 40 percent wanted their doctors to consider costs when offering recommendations. Although 79 percent said they wanted to understand the costs they faced before starting treatment, more than three quarters said they did not discuss this with their cancer team.

“In an era of rising cancer treatment costs, we don’t routinely discuss the financial implications of cancer care with women embarking on treatment,” said Greenup. “Many treatment options for breast cancer are comparable in their effectiveness, but their costs can vary. As women consider various cancer treatment options, information about costs could help them make more informed decisions about which therapies are best for them.”

Click here for abstracts from the Quality Care Symposium.