It’s been known for decades that a mutated BRCA1 gene in a woman’s breast cells sharply increases her lifetime risk of breast cancer. What has eluded scientists, however, is a detailed understanding of how the loss of BRCA1 function leads normal breast cells down the path to malignancy.

Now, a report from the Dana-Farber laboratory of David Livingston, MD, suggests that when BRCA1 function is lost, mature breast cells can be converted to a pre-malignant state which, in turn, can progress to cancer.

Livingston and co-authors of a publication in CELL say their results provide a new picture of “certain key events that give rise to BRCA1 mammary cancer.”

BRCA1 is a tumor-suppressor gene that helps repair damaged DNA or, possibly, permits cells whose DNA can’t be repaired to die. The BRCA1 protein binds to several other proteins, forming a ‘repair kit’ that carries out a particular kind of DNA damage repair, called interstrand crosslink (ICL) repair. When BRCA1 is mutated or lost, DNA damage goes uncorrected, raising the risk of cancer.

To investigate the effects of BRCA1 loss in otherwise intact mouse mammary cells, the researchers injected into the animals’ milk ducts a virus that encodes a gene-altering enzyme that is selectively expressed in the mammary epithelial cells that line the milk ducts. This enzyme selectively destroyed the BRCA1 genes in these cells, and its effects were then monitored at increasing time intervals to see how these cells responded.

The result of BRCA1 loss, said Livingston, was that the epithelial cells “changed their shape and their protein production — in short, they unexpectedly acquired a different identity.” This process, called transdifferentiation, changed the milk duct cells from what is called a luminal state to a basal/mesenchymal state that proved to be pre-cancerous. Normal, intact BRCA1 genes protect these ductal cells from acquiring unrepaired DNA damage and then changing their state to a pre-malignant one. In this way the BRCA1 genes serve as a guard against cancer. However, if a woman inherits a mutated BRCA1 gene, this protection may be lost over time.

“These effects are a clear sign of the unrepaired DNA damage that arises because of the loss of BRCA1’s ability to repair it,” said Livingston. As time went on, the inability to repair ICL damage took a continuing toll, causing the ductal cells to switch identities to a precancerous state and eventually to become breast cancers.

These experiments showed, Livingston said, “that it is possible to study some of the most central events that allow the breast to develop a cancer.”

Further research, he said, could make it possible to identify cells in the breast ducts that are precursors to cancer, and potentially to search for a non-surgical way to prevent this malignancy in BRCA1-mutated women.

The first author of the paper is Hua Wang, PhD, of Dana-Farber. Zhe Li, PhD, of Brigham and Women’s Hospital, a close collaborator in this work, is the co-corresponding author with Livingston.

This article was originally published on August 21, 2019, by Dana-Farber Cancer Institute. It is republished with permission. 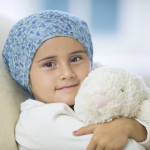