Imbruvica plus Gazyva is the first chemotherapy-free regimen for chronic lymphocytic leukemia.

Targeted therapies are gaining ground as the standard of care for chronic lymphocytic leukemia (CLL), according to studies presented at the 2018 American Society of Hematology annual meeting in December.

The most common type of adult leukemia, CLL involves overproduction of abnormal white blood cells in the bone marrow. Chemotherapy can sometimes put CLL into remission, but relapse is common and it usually can’t be cured.

Imbruvica (ibrutinib) and Venclexta (venetoclax) are once-daily pills that interfere with the growth of malignant B cells. Rituxan (rituxumab) and Gazyva (obinutuzumab) are monoclonal antibodies given by IV infusion that attach to a receptor on B cells and help the immune system attack the cancer.

In January, the Food and Drug Administration approved Imbruvica plus Gazyva as the first non-chemotherapy regimen for previously untreated people with CLL. A Phase III clinical trial showed that the combination reduced the risk of disease progression or death by 77 percent compared with chemotherapy. Estimated 30-month progression-free survival (PFS) rates were 79 percent and 31 percent, respectively.

In another study, Jennifer Woyach, MD, of Ohio State University Comprehensive Cancer Center in Columbus, and colleagues showed that first-line treatment with Imbruvica alone delays disease progression or death in people over 65, who often can’t tolerate intensive chemotherapy. The estimated two-year PFS rate was 87 percent with Imbruvica versus 74 percent with the chemo drug bendamustine and Rituxan.

“Our results establish that ibrutinib should be a standard of care for older patients with CLL,” Woyach says.

Targeted therapy may also be a better first option for younger people eligible for intensive chemotherapy. In a study of patients with a median age of 58, Imbruvica plus Rituxan led to longer progression-free and overall survival—and caused fewer severe side effects—than the chemo drugs fludarabine, cyclophosphamide and Rituxan.

Other studies have seen good outcomes using Venclexta alone or in combination regimens. The Phase III MURANO trial found that after three years of follow-up, progression-free survival rates were 71 percent with Venclexta plus Rituxan versus just 15 percent with bendamustine and Rituxan in people with hard-to-treat relapsed or refractory (nonresponsive) CLL.

Venclexta plus Gazyva and Imbruvica plus Venclexta have also shown promising activity. Next up: a chemotherapy-sparing triplet of Imbruvica, Venclexta and Gazyva, now in late-stage clinical trials. 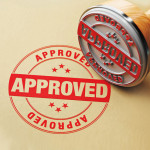