But experts suggest that a move toward universal hepatitis B screening and vaccination may be in order.

“The updated USPSTF screening recommendation reflects the stronger, yet still incomplete, evidence base supporting HBV screening in the United States,” Chelsea Q. Xu, MD, of the University of California, San Francisco, and coauthors wrote in an editorial accompanying the recommendation in JAMA. “It will take a coordinated effort among key stakeholders, including patients, health care professionals and public health policy makers, to move the needle on HBV screening and awareness.”

Hepatitis B often causes no symptoms until it leads to liver cirrhosis or liver cancer; as many as 60% of people are unaware that they carry the virus.

This update to the 2014 recommendation is based on a review of randomized clinical trials conducted between the last review and August 2019. The researchers analyzed 30 clinical trials and 20 cohort studies, including a total of 94,168 participants. While the 2014 recommendation advised hepatitis B screening for individuals at increased risk for infection, the recent update reinforces it with support from studies showing that antiviral therapy reduces the risk of adverse outcomes, and, in fact, leads to better health. Testing positive is the first step toward treatment, but there were no direct results comparing the pros and cons of screening versus no screening.

“Several groups who are also at increased risk of infection or who could benefit from having their infection diagnosed should also be added to the list,” wrote Jessica Hwang, MD, MPH, of The University of Texas MD Anderson Cancer Center in Houston, and Anna Lok, MD, of the University of Michigan Medical School in Ann Arbor, in a second editorial. “These include persons with chronic liver disease and those with cancer or other conditions requiring immunosuppressive therapy.”

Risk-based screening can be difficult to carry out due to the number of risk factors being considered and the confidential aspect of some risks, including sexual identity and illegal drug use. “This recommendation is disappointing and a disservice to public health and patient needs in hepatitis B,” Camilla Graham, MD, assistant professor of medicine at Harvard Medical School, told Healio. “It advocates a failed strategy of risk-based testing.”

Such risk-driven testing can be time intensive and may not be cost effective, suggest Hwang and Lok. “It may soon be time to move to universal HBV screening for the general U.S. population, particularly if new therapies in development are found to be more effective in achieving sustained clearance of HBsAg, an indicator of functional HBV cure,” they wrote. Further, identifying individuals with chronic HBV infection can help keep their contacts—and society—safe through vaccination.

With “moderate certainty,” the USPSTF judged that hepatitis B screening for nonpregnant adolescents and adults at higher risk for infection has a “moderate net benefit,” deemed a Grade B recommendation. According to Hwang and Lok, “making this a B recommendation

ensures that insurance companies will continue to cover HBV screening without requiring a co-pay.”

Amid the COVID-19 pandemic, vaccinations and testing have dropped off, even as the opioid epidemic has worsened. “Based on the findings—a lot of which are anecdotally reported—at the start of the COVID-19 pandemic, there was initially a steep decline in in-person events, including community-based education and screening programs and closures of viral hepatitis testing and vaccination facilities,” Rita Kuwahara, MD, a member of the American Association for the Study of Liver Diseases’ National Public Policy Committee, said during a presentation at the U.S. Conference on HIV/AIDS. Even with the COVID-19 vaccine and the rebooting of these services, the effects of these declines in screening and awareness programs will be felt for a long time.

The three-dose hepatitis B vaccination is recommended for all infants starting at birth, but only one fourth of the adult population in the United States has been vaccinated. Therefore, it is imperative that primary care providers order hepatitis B vaccines as they do for other commonly administered vaccines, such as for influenza, said Kuwahara. This is particularly important for subgroups with lower vaccination rates.

Click here to read the USPSTF recommendation for hepatitis B screening.

Click here to read the USPSTF Evidence Report for the 2020 recommendations. 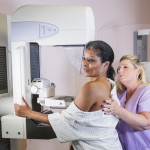 “Many Cancers Have Gone Undetected Due to the COVID-19 Pandemic” 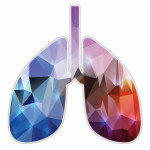