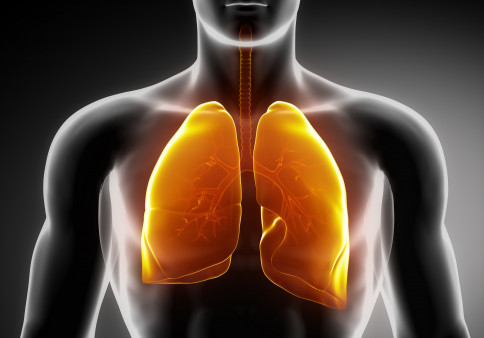 First-line treatment with Tecentriq (atezolizumab) plus Alimta (pemetrexed) and platinum-based chemotherapy decreased the risk of disease progression or death in people with advanced non-small-cell lung cancer (NSCLC), according to an announcement from Genentech.

Results from the Phase III IMpower132 trial showed that the study met one of its primary endpoints, meaning the Tecentriq combination performed significantly better than chemotherapy alone and the difference was probably not attributable to chance. These results have not yet been presented at a scientific conference or published in a medical journal.

Non-small-cell lung cancer, which accounts for more than 80 percent of all lung cancers, is often detected late and has a high mortality rate. Lung cancer is the leading cause of cancer-related mortality for both men and women in the United States and is expected to cause about 154,000 deaths this year, according to the American Cancer Society.

Tecentriq is a checkpoint inhibitor that blocks the PD-L1 protein on cancer cells or immune cells in tumors. PD-1 is an immune checkpoint, a receptor on T cells that plays a role in regulating immune function. Some tumors can hijack PD-1 to turn off immune responses against them. Drugs that block the interaction between PD-1 and its binding partner, PD-L1, can release the brakes and restore T-cell activity.

The international IMpower132 study enrolled 578 patients with Stage IV NSCLC that had spread beyond the lungs, a process known as metastasis. They had not yet received chemotherapy and did not have known EGFR or ALK mutations that would have made them eligible for targeted therapies. There was no limitation on PD-L1 expression levels. Higher levels of this biomarker are associated with better response to checkpoint inhibitors, but it does not predict response in individual patients.

Study participants were randomly assigned to receive Tecentriq plus Alimta (a chemotherapy drug that interferes with the production of DNA building blocks) and platinum chemotherapy using either cisplatin or carboplatin, or else a dual regimen of Alimta and chemotherapy. Treatment was initially given on the first day of a three-week cycle for four or six cycles, and those who experienced clinical benefit could continue on Tecentriq.

Participants assigned to receive the Tecentriq combination had significantly longer progression-free survival, meaning they were still alive with no disease progression, according to the Genentech press release. People in the Tecentriq group had numerically greater overall survival, but the difference was not statistically significant in this interim analysis—that is, it could have been due to chance—and follow-up is continuing.

Treatment was generally safe, with side effects similar to those seen in other trials of Tecentriq. No new safety problems were identified with the combination, according to Genentech.

The company did not provide detailed data and said the results would be presented at an upcoming conference.

IMpower132 is one of several ongoing Phase III studies testing Tecentriq alone or in combination with a variety of other medications for first-line treatment of lung cancer. The drug is currently approved as subsequent treatment for people with metastatic NSCLC who experience disease progression during or following platinum-based chemotherapy.

At the recent American Society of Clinical Oncology (ASCO) annual meeting, researchers reported results from IMpower131, showing that first-line treatment with Tecentriq plus Abraxane (albumin-bound paclitaxel) and carboplatin reduced the risk of disease progression or death in people with advanced squamous NSCLC. Although the difference in progression-free survival was small—6.3 months with the combination versus 5.6 months with chemotherapy alone—twice as many people taking Tecentriq were still alive without disease progression after 12 months (24.7 percent versus 12.0 percent, respectively).

Another study, IMpower150, showed that initial treatment with Tecentriq, chemotherapy with carboplatin and paclitaxel, and Avastin (bevacizumab)—a VEGF angiogenesis inhibitor that interferes with the development of blood vessels to supply tumors—reduced the risk of disease progression or death in people with metastatic nonsquamous NSCLC.

Click here to read the Genentech press release about the IMpower132 study.