The first person cured of HIV is now in home hospice care, after a recurrence of leukemia, with his loving partner at his side.

Tim Hoeffgen did a quick google search of his Scruff date as he headed over to meet him. Tim was living in Nevada in early 2013, and the guy he had been chatting with on the dating app looked a lot like the man who was on the cover of the LGBTQ newspaper in Las Vegas that week.

When the door opened, Tim realized his hunch was correct. Greeting him was Timothy Ray Brown, the first man in history cured of HIV and the intense focus of scientific and public fascination around the world.

“I was charmed immediately by his personality,” Tim tells me in a call from their Palm Springs apartment. “He is just the sweetest man.” The two men, Tim and Timothy, have been together ever since.

Timothy Ray Brown is terribly shy. He also exudes warmth and humility, and is clearly grateful for his viral reversal of fortune. He is quite literally an HIV historical milestone, embraced by the community since he identified himself as “the Berlin Patient” in 2010.

The harrowing details of Timothy’s medical journey, as a cancer patient and a man living with HIV, are complicated. Suffice it to say that, while Timothy was living in Berlin in 2008, an ingenious oncologist treated Timothy’s leukemia with a stem cell transplant using a rare blood type that is genetically resistant to HIV infection. When all was said and done, HIV was no longer found in Timothy’s blood and the scientific breakthrough, first reported at the 2008 International AIDS Conference, was celebrated around the world.

The treatment, it should be noted, nearly killed Timothy and has been successfully replicated exactly once—but has nevertheless provided vital insight into potential avenues of HIV cure research.

But that was years ago, and Timothy’s traumatized body has never been the same. Sadly, his health has been in freefall for the last six months, with a recurrence of leukemia that has invaded his spine and brain. His partner, Tim, the Scruff date from Nevada, has never left his side.

That is no overstatement. When Timothy was admitted to a cancer hospital in April, Tim camped in Timothy’s hospital room for seven weeks. Because of COVID-19 restrictions, neither of them could leave the medical campus. “It was a blessing to be there with him,” Tim tells me, “but it was rough. It’s so much better to be home.” 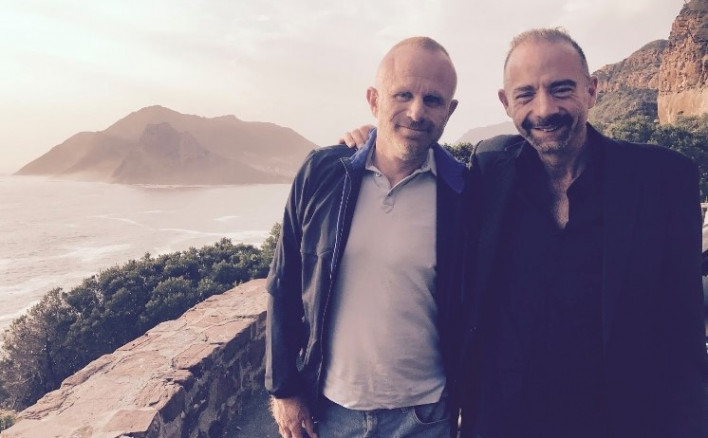 There is a hospital bed in the one-bedroom apartment Tim and Timothy share. Timothy is bedridden, and is receiving home hospice care. Tim divides his time between caring for Timothy and fielding calls from concerned friends as well as from various researchers to whom Timothy has generously provided endless blood and tissue samples over the years.

“Timothy is not dying from HIV, just to be clear,” Tim says. “HIV has not been found in his blood stream since he was cured. That’s gone. This is from the leukemia. God, I hate cancer.”

Tim is speaking on the phone with me only a few feet from where Timothy is resting in his hospital bed. Tim sounds exhausted, and resigned to what lies directly ahead.

“The hardest part has been seeing Timothy go downhill,” Tim says, bursting into mournful tears, the kind that strike without warning, even before the death we are awaiting has occurred.  “He’s a person you can’t help loving. He’s so sweet. The cancer treatments have been rough. Sometimes I wonder if it’s worse than the disease.”

Indeed. Many of my friends lost to AIDS would agree with him.  “Believe it or not,” Tim adds, “this is the first time in my life that I will lose someone…”  His composure breaks again.

Tim and I both know that his partner, confined to his bed and surrounded by medical devices, bears an unsettling resemblance to a man dying of AIDS. It’s as if the Fates vengefully swept in to claim the AIDS patient who had escaped them.

Timothy has dutifully fulfilled countless media requests and invitations over the years, becoming an active public figure in the HIV/AIDS arena in spite of his social reluctance. He embodies a shared hope for a practical HIV/AIDS cure. At conferences and community events, people living with HIV gravitate to Timothy, reaching out for hugs and thanking him for the physical gauntlet he has been through. He is a projection of our longing for scientific discoveries and a marker for just how far we have come.

Tim, meanwhile, has been Timothy’s loving guardian, intervening as necessary to be sure Timothy wasn’t overwhelmed by requests. He has played the role of media agent and even bad cop in order to safely buffer Timothy.

I ask Tim if his partner knows he is dying. “Yes, he knows,” Tim answers. “Well, sometimes he doesn’t. It depends. But I have asked him what he wants me to tell people when we make his situation public. He said, ‘Tell people to keep fighting. Fight for a cure for HIV that works for everyone. I never wanted to be the only one.’”

Tim Hoeffgen will join a unique group sometime soon: the surviving partners of those with an elevated place in history. He will probably be known as the widower of Timothy Ray Brown for the rest of his life. “I would be honored to be known that way,” Tim tells me. “I love him so much. I will gladly carry his message and his legacy.” 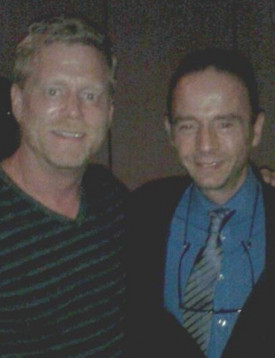 Our time on the phone is growing short, and I know Tim has things to do for Timothy. I begin to wrap up our call when suddenly I hear Timothy’s voice on the line.

“Hello there, Mark,” Timothy says. “I hope you are doing okay.” I tell him I am fine. I am tempted to thank him for all he has done, as a kind of goodbye, but it feels too intrusive. Instead, I tell him to fight for as long as he wants. In other words, no longer than he wants. “I’m going to keep fighting,” Timothy replies, “until I just can not fight anymore.”

Tim takes back the phone, and I know it is time to go. I can tell he is stepping away from Timothy as he quietly confides something else.

“One of the researchers wanted Timothy’s body, you know, to be left to science,” Tim tells me. “I said, ‘thank you, but no. I think he’s done enough.’”

(Tim Hoeffgen and Timothy Ray Brown have asked me to tell this story as their way of thanking the community and sharing the news of this final chapter of Timothy’s journey. They ask that we give them the space they need during their remaining time together. Tim Hoeffgen will release further updates at the appropriate time.)

This post was originally published on September 22, 2020, by POZ. It is republished with permission.