The World Health Organization (WHO), which operates in more than 150 countries, is launching a five-year plan to address the major threats to global health. Part of that strategy entails identifying those threats.

Which specific issues will WHO experts focus on in 2019? According to its website, the following are its top 10 threats to global health:

Air Pollution and Climate Change: WHO lists air pollution as the greatest environmental risk to health, noting that 9 out of 10 people breathe unclean air. What’s more, the major cause of air pollution—burning fossil fuels—is largely responsible for climate change, which is linked to deaths from malnutrition, heat stress and diarrhea.

Noncommunicable Diseases: These include cancer, diabetes and heart disease. According to WHO, when combined, these diseases cause nearly 70 percent of all deaths worldwide (about 41 million people).

Global Influenza Pandemic: Experts say the question isn’t whether we will ever face another deadly global flu strain, but when? Also: How hard will it hit, and will we be prepared?

Antimicrobial Resistance: As more bacteria, viruses, fungi and parasites become resistant to current medications, they also become larger threats to humans. You’ve probably read articles about drug-resistant gonorrhea, but tuberculosis—which kills about 1.6 million people across the globe each year—is developing resistance to the most effective first-line med to treat it.

Ebola and Other High-Threat Pathogens: Ebola might not appear in U.S. headlines as much as in past years, but outbreaks still occur in Africa. WHO lists pathogens and diseases including Ebola, Zika and Severe Acute Respiratory Syndrome (SARS) as serious threats. WHO and its partners have been called upon to create plans in 2019 to prepare for potential outbreaks.

Dengue: This mosquito-borne virus is traditionally associated with the rainy season of countries such as Bangladesh, but it is spreading to less tropical locations. The flu-like symptoms of dengue fever can be lethal, and, according to WHO, about 40 percent of the world is at risk.

HIV: Despite the major advances in testing and treatment, nearly a million people die of HIV-related illness each year. WHO points out that girls and young women represent a group at increasing risk of contracting the virus—they account for 25 percent of new HIV cases in sub-Saharan Africa, despite making up only 10 percent of that region’s population. One way WHO hopes to counter these statistics is to promote self-testing.

NIH to Test At-Home Screening for HPV and Cervical Cancer 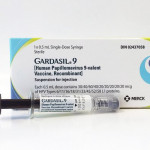 UPDATED: Who Is Most Susceptible to the New Coronavirus?