The proposal rolls back nondiscrimination policies of the Affordable Care Act, notably for transgender people and women who had abortions.

A proposal released Friday, May 24, by the Trump administration seeks to allow discrimination against LGBT people in health care, BuzzFeed News reports. Specifically, the U.S. Department of Health and Human Services (HHS) wants to take away protections established under the Affordable Care Act (the ACA, or Obamacare) for LGBT people and women who’ve had abortions.

This would allow health care workers, for example, to refuse to treat transgender people on religious grounds.

“This proposed rule,” the 204-page draft reads, “seeks to amend regulations that identify sexual orientation or gender identity as prohibited bases for discrimination for certain Department funded or administered programs.”

HHS said it plans to amend 10 other regulations, issued by the Centers for Medicare & Medicaid Services, to make them consistent with the new draft in terms of sex discrimination, reports BuzzFeed.

At issue is whether protections “on the basis of sex” include LGBT people. Currently, no federal laws protect LGBT people from discrimination, so regulations have relied on interpretations of the word “sex.”

Earlier in the week, according to a separate BuzzFeed article, the Trump administration said it planned to allow discrimination against transgender people at shelters and recipients of federal housing money

The Boston-based Fenway Institute, a center for research and policy regarding LGBT- and HIV-related issues, said the new proposal would also remove sexual orientation and gender identity nondiscrimination language from:

Numerous HIV- and LGBT-themed organizations released statements against the proposal. Here are excerpts from a few:

HIVMA, The HIV Medicine Association: “The administration’s proposals to weaken protections for transgender individuals that improve their access to health care, housing and shelter services are discriminatory, destructive and pose significant threats to the president’s stated goal of ending HIV as an epidemic in the U.S. Codifying and promoting stigmatizing perceptions that remain among the most formidable challenges to progress against the HIV epidemic in the U.S., the proposed rules also will deny transgender people critical services essential to their health and survival.”

Lambda Legal litigation director Diana Flynn: “The Trump-Pence administration’s targeting of the LGBT community is unmistakable and unconscionable. HHS should be in the business of ensuring that people get the health care they need, not providing excuses for providers and insurers to turn people away. This latest assault on our rights will not go unchallenged. In matters of health, such an assault is especially pernicious and potentially life-threatening. We are ready, and we will fight it. Anyone who experiences mistreatment in health care services based on their sexual orientation, gender identity or HIV status should contact our Legal Help Desk to discuss their potential legal options.”

Sean Cahill, director of health policy research at The Fenway Institute: “It is important to view this latest move in the context of a series of attacks on the rights of LGBT people that have taken place over the last two and a half years. This will make LGBT people less likely to access health care and elder services and will exacerbate health disparities.” 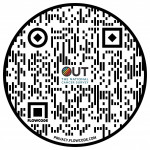 The Truth About the Biden Cancer Initiative