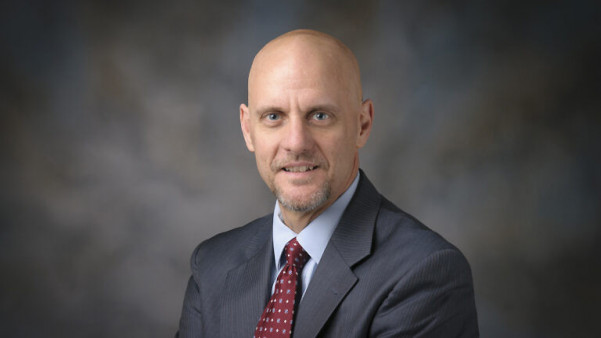 President Donald Trump announced on November 1 that he will nominate Stephen Hahn, MD, of the University of Texas MD Anderson Cancer Center in Houston, as the new commissioner of the Food and Drug Administration (FDA). Assistant Secretary for Health Admiral Brett Giroir, MD, will serve as interim FDA head during Hahn’s confirmation process.

The current acting FDA commissioner, Ned Sharpless, MD, will return to his role as director of the National Cancer Institute (NCI), a position he held prior to his brief FDA tenure. Acting NCI head Douglas Lowy, MD, will resume his role as deputy director.

The FDA is responsible for ensuring the safety and effectiveness of drugs, vaccines, other biological products and medical devices. It also monitors the safety of the nation’s food supply, dietary supplements and cosmetics and regulates tobacco products.

Hahn has been the chief medical executive at MD Anderson since 2018 and head of the division of radiation oncology since 2015—the medical field that deals with treating cancer with radiation therapy. He specializes in the treatment of lung cancer and sarcoma. His research focuses on the tumor microenvironment, combining radiation therapy with immunotherapy, and proton therapy (a new method of radiation therapy), according to a 2017 profile. He is a coauthor of more than 200 peer-reviewed research papers and holds five patents.

Prior to MD Anderson, Hahn was the chair of the radiation oncology department at the University of Pennsylvania Perelman School of Medicine, and he was previously a senior investigator at the NCI. After receiving his medical degree from Temple University in Philadelphia, Hahn completed a residency in radiation oncology at the NCI, a fellowship at the NCI and a residency in internal medicine at the University of California at San Francisco. He has never previously held a government position.

Sharpless was appointed to the temporary FDA post in early April, after the unexpected resignation of Scott Gottlieb, MD, who assumed the job in 2017 and has since returned to his former position as a fellow at the American Enterprise Institute, a conservative think tank. Federal rules prohibit anyone from serving in an acting capacity for more than 210 days, and Hahn’s term has expired, according to Health and Human Services Secretary Alex Azar.

I’m pleased that @POTUS has announced his intent to nominate Stephen Hahn to lead the @US_FDA. Stephen is a talented, experienced leader whose scientific accomplishments make him well prepared to lead FDA in its vital public health mission.

“With Dr. Sharpless at the helm, the FDA has executed on its core responsibilities while also making progress on key priorities, such as lowering the price of prescription drugs and tackling the growing epidemic of youth use of tobacco products,” Azar said in a statement. “I look forward to having him back atNCI, where he can continue the important work he has led on administration priorities, such as pediatric cancer, rural cancer care and precision medicine.”

Sharpless was a contender for the permanent FDA position and had the support of four previous agency commissioners and dozens of patient advocacy groups. Trump has not publicly indicated why the acting commissioner was passed over, but Sharpless is known to have Democratic political leanings. Furthermore, his activism against youth smoking and vaping—also a priority for Gottlieb and one the incoming commissioner is being urged to continue—has antagonized the tobacco industry.

“Our work to eliminate cancer as a major health problem in the United States cannot be done without the FDA,” Lisa Lacasse, president of the American Cancer Society Cancer Action Network said in a statement on the nomination. “It will be vital that the new FDA commissioner continue to advance and implement policies endorsed by previous FDA commissioners, and Secretary Azar, to curb the skyrocketing rates of youth tobacco use. Other initiatives to expand consumer access to groundbreaking therapies and affordable medications, while prioritizing patient safety, must also continue to move forward.”

Hahn is known to be a Republican supporter, having contributed to the presidential campaigns of George Bush, John McCain and Mitt Romney, though not to that of Trump, according to STAT.

Hahn’s nomination has garnered support from major cancer organizations, including the American Society for Radiation Oncology (ASTRO), where Hahn served on the board of directors from 2014 to 2018.

“The unprecedented research opportunities that exist today, coupled with our rapidly improving ability to translate these scientific advances into improved treatments for patients, require an experienced and visionary leader at the FDA,” commented Elaine Mardis, PhD, president of the American Association for Cancer Research. “Dr. Hahn’s impressive qualifications make him ideally positioned to succeed at the FDA, and the AACR looks forward to working with him upon his confirmation.”

“ASCO has a long and productive history of collaborating with FDA, including with current acting commissioner [Sharpless], in support of the agency’s important role in reducing cancer incidence, advancing treatment options and improving the lives of individuals with cancer,” American Society of Clinical Oncology president Howard Burris III, MD, said in a statement. “We look forward to continuing our close collaboration to make it possible for every American with cancer to have access to medical products that are safe and effective.”

Major HIV organizations have not yet commented on Hahn’s nomination, though some advocates are known to have supported Sharpless. Several groups did speak out against the interim appointment of Giroir, who is known for his antiabortion views.

As Assistant Secretary at the Department of Health and Human Services, Giroir has overseen massive cuts to HHS’ Office of Population Affairs, which administers the Title X program for family planning and reproductive health funding, and anti-abortion attacks on medical research.

It is not yet clear when the Senate will consider the FDA nomination. Hahn is expected to face questions about a regulatory review that found MD Anderson had violated federal safety guidelines in a way that could affect the hospital’s “capacity to render adequate care,” as well as a recent controversy about firing Chinese researchers because of purported concerns about espionage.

If Trump is not reelected and his successor opts to appoint a replacement, Hahn’s tenure could end up being shorter than Gottlieb’s.