Critics believe the order has no “technical content,” and that Trump wants his departments to come up with plan despite no clear guidance.

Protecting people with preexisting medical conditions is an issue that has followed President Donald Trump his entire first term. Now, Trump has signed an executive order that he says locks in coverage regardless of anyone’s health history. “Any health care reform legislation that comes to my desk from Congress must protect the preexisting conditions or I won’t sign it,” Trump said at a Sept. 24 signing event.

With the executive order, Trump said, “This is affirmed, signed and done, so we can put that to rest.”

Health law and health policy experts say Trump has put nothing to rest.

The core text of the order is brief.

“It has been and will continue to be the policy of the United States to give Americans seeking healthcare more choice, lower costs, and better care and to ensure that Americans with pre-existing conditions can obtain the insurance of their choice at affordable rates.”

Joe Antos with the American Enterprise Institute, a market-oriented think tank, said the order “has no technical content.”

“All it really is, is a statement that he wants one or more of his departments to come up with a plan. And he doesn’t give any guidance or the vaguest outline of what that plan should be.”

It takes more than a bill title to actually deliver guaranteed coverage. A Republican measure in the Senate is a good example. It’s called the Protect Act, but it has loopholes that would allow insurance companies to drop coverage of certain expensive diseases from all their policies.

“The language itself guarantees nothing near the protections in the Affordable Care Act, and such sweeping protections are only possible by congressional action, not regulation,” Hoffman said.

Trump and other Republicans on the campaign trail have faced repeated questioning about what will happen if the U.S. Supreme Court invalidates the Affordable Care Act. The White House is strongly behind a legal case to declare it unconstitutional. Oral arguments before the court are scheduled for Nov. 10.

“Were the court to hold the Affordable Care Act unconstitutional, the executive order would still do nothing, because it has no enforcement power,” Gamage said.

Trump’s critics have said the order runs counter to the administration’s goal of undoing the Affordable Care Act. But as Levitt and others point out, there are other ways to guarantee coverage to everyone.

“Most conservative analysts, for example, have supported a system of well-funded high-risk pools at the state level to provide protections for the impacted population,” Chen said.

High-risk pools have been around for decades. With them, the government, rather than a private insurance company, pays for a person’s care. But as with everything in health care, you don’t get something for nothing. State high-risk pools in the past lacked enough money to cover the large number of people with needs.

Coverage for preexisting conditions is a persistent issue because so many Americans have them or fear having them in the future.

KFF estimates that 54 million Americans have a preexisting condition that would have led to a denial of coverage in the individual insurance market before the Affordable Care Act took effect.

This article was originally published on September 28, 2020, by Kaiser Health News. It is republished with permission. 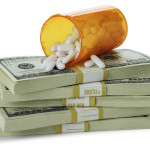