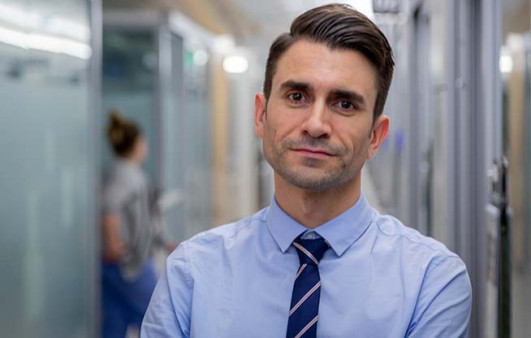 Try, Try Again: Can a Second Dose of CAR-T Cells Succeed When the First Fails?

First-of-its-kind study offers early indication of factors linked to increased odds of success for patients out of options.

But CAR T-cell therapy is still new, with many unknowns. In adult patients, the cells sometimes don’t work to keep these aggressive cancers at bay.

If they lose in round one, should doctors give these microscopic fighters another chance? And, if so, how can they improve their odds of success?

That’s the dilemma at the heart of a first-of-its-kind study by scientists at Fred Hutchinson Cancer Research Center, presented December 7, 2019, at the annual meeting of the American Society of Hematology in Orlando, Florida. The scientists say their study is an early step in informing how and whether doctors might give second doses of a CAR T-cell product — which involves genetically reprogramming the patient’s own immune cells into cancer-killers — to patients with the most intractable cancers.

“I think the field thought that you should never even consider a second CAR T-cell infusion, that that was really never reasonable,” Fred Hutch physician-scientist Jordan Gauthier, MD, said. “What I think we show is that there is a subset of patients that can benefit from second infusion.”

The researchers also identified some factors that were linked to better chances of success in round two. However, Gauthier cautioned, “This is obviously early and retrospective data in a limited number of patients” — 44 — “so further research is warranted to provide firm recommendations.”

Currently, patients don’t become eligible to receive a CAR T-cell product unless they’ve tried many other treatments in the medical toolbox. (That’s because there is no evidence — yet — that the benefits of the approach outweigh the risks in patients with earlier stage disease.)

Doctors haven’t yet figured out the best course of action if these special cells, too, end up failing. Many patients choose comfort care and die of their cancers.

The study results were presented at the meeting by Evandro Bezerra, MD, now of the Mayo Clinic, who helped conduct the study during his medical residency within the Fred Hutch/University of Washington Cancer Consortium. He said that while only a minority of patients seemed to be helped by this strategy in the team’s study, for patients in this situation, a small chance may mean a lot.

“Although the results of the second infusion are not as good as the first infusion, some response can be achieved in a population without other therapy options,” he said.

Could a 2nd infusion of CAR T cells help patients, and if so, which?

Two CAR T-cell therapies for people with certain advanced leukemias and lymphomas have been on the market for a little more than two years after approvals by the U.S. Food and Drug Administration. Others are likely coming soon.

To make a CAR T-cell therapy, a specialized lab reprograms a patient’s T cells with the genetic instructions for making a precision-targeted molecular weapon called a CAR, or “chimeric antigen receptor,” which empowers the T cells to recognize and kill malignant cells that bear a certain molecular calling card. Then, the patient receives a round of chemo to suppress their immune system — which might otherwise reject the foreign-looking engineered cells — and to clear out space in their blood for the new cells to multiply. After all that, giving the cells back to the patient is simple: through an IV into the bloodstream, done in less than an hour.

The Fred Hutch team’s new study is an analysis of data from a now-completed, Fred Hutch–led trial of an experimental CAR T-cell product in nearly 200 adult patients. The trial was funded by the National Cancer Institute, Washington state’s Life Sciences Discovery Fund, a gift from the Bezos family and Juno Therapeutics Inc., now part of Bristol-Myers Squibb. The CAR T cells in the product home in on a molecular target called CD19, which is found on the B cells that become cancerous in some leukemias and most lymphomas. (The two FDA-approved CAR T-cell products also target CD19.)

In their study — the first to analyze the issue of repeat CAR T-cell infusions in an in-depth way — Bezerra, Gauthier and colleagues, including senior scientist Cameron Turtle, PhD, of Fred Hutch, took a close look at the 44 patients on the trial. These patients had received a second dose of the CAR T cells after their cancers never budged or only shrank after the first dose, or that had come back weeks or months later.

There are many patients who received CAR T-cell therapies several years ago who remain cancer-free to this day, and their inspiring results are what doctors hope for in each case. But the experiences of those included in the new study are common among adult patients, whose results are turning out to be worse than children’s, Gauthier explained.

“It’s a bit of a different picture compared to what initially made the field so promising, which is a lot of the ALL [acute lymphoblastic leukemia] data in the pediatric population,” he said. Studies of CAR T-cell products in adults with ALL show that while most go into complete remission, their cancers often come back after an average of only six to 18 months, he said. And trials of various products in adults with aggressive non-Hodgkin lymphoma show that about half of these patients never go into remission with the cells at all. “A significant portion of these patients still don’t benefit from CAR T-cell therapy,” he said.

The data Bezerra presented on Saturday shows that the second dose of cells didn’t have a dramatic effect for most of these patients in this dire situation. In fact, the cancers were still growing in half of them a month later.

But there were glimmers of success. One month after the second infusion, the cancers of eight patients had disappeared; in eight more, the cancers had shrunk. After an average of more than three years’ follow up, the researchers calculated that for patients like these, there was a noticeable, if not spectacular, boost in their odds of being alive four years out without further cancer growth — 36%, compared to just 24% in the patients whose cancers did not seem to respond to that second dose of engineered cells.

The researchers found that patients’ cancers were more likely to shrink or disappear after the second dose when that second dose contained more engineered cells than they’d gotten the first time. And, patients tended to do better if T cells of a certain variety — “killer” T cells — multiplied to greater numbers in their bloodstream after the second dose of CAR T cells was dripped in.

Consistent with their previous research, the team showed that these killer T cells were more likely to multiply if patients had received a double wallop of two immune-suppressing chemotherapy drugs before their first dose of cells, weeks or months earlier. The researchers think that these patients’ immune systems likely never had a chance to mount a significant response against the foreign-looking CARs in the engineered cells.

All but two of the 44 patients on this study got leftover cells that had been tucked away in freezers at Fred Hutch at the time of their first dose. In theory, if you’re manufacturing a billion engineered cells, it should be possible to manufacture 2 billion and save the extras, Gauthier said.

However, different CAR T-cell products are manufactured in different ways; not every process will necessarily yield leftovers like the Fred Hutch manufacturing process did on this trial.

And, giving the special cells a second time isn’t a simple matter of hooking a patient up to an IV again and infusing more in. On this study, almost all of the patients underwent chemotherapy again to prepare their bodies for the second dose.

More challenging is that second infusions of CAR T cells currently are unfeasible outside of the context of a clinical trial: For the pricey commercial products on the market, insurance companies don’t cover a second dose, or at least not yet, Gauthier said.

But, the CAR T-cell field is very young. Much more is to come as researchers learn how to optimize this nascent form of therapy and develop new tools to help those who are failed by the current options.

“There has been a lot of buzz around CAR T-cell therapy, but there still is a lot of work to be done. And we can’t just rest on our laurels,” Gauthier said. “We can’t take that for granted. There’s so much more work there.”

This article was originally published on December 7, 2019, by Hutch News. It is republished with permission.