The Real House Wives of Atlanta star was relieved to learn a tumor removed from her back was benign.

On March 29, Cynthia Bailey posted a selfie on Instagram while at a doctor’s office, sparking concern from fans. The Real Housewives of Atlanta star later revealed she was had a tumor on her back that was eventually removed via surgery, reports PEOPLE.

About two months ago, Bailey noticed a strange growth on her back near her left shoulder. The lump didn’t worry her until weeks later, when she realized that it was still there and seemed to be growing.

“Surgery went well, however, it went much longer than expected because the tumor was embedded very deeply in my back and partially under a muscle,” Bailey said. “It was also larger than expected. In the end, thankfully, all the lipoma was removed successfully, and it is benign.”

Bailey, who is convalescing at home, thanked everyone for their support and love on social media.

Click here to learn how caffeine can reduce post-surgery pain. 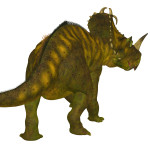 Avoiding Care During the Pandemic Could Mean Life or Death