The national costs for cancer-related medical care and oral prescriptions drugs in 2030 will be $221 billion and $25 billion, respectively.

The national cancer-attributable costs in the United States are projected to increase by over 30 percent from 2015 to 2030, corresponding to a total cost of over $245 billion, according to a study published in Cancer Epidemiology, Biomarkers & Prevention, a journal of the American Association for Cancer Research.

Using the NCI’s Surveillance, Epidemiology, and End Results (SEER) registry data linked to Medicare enrollment and claims data, the study authors identified individuals aged 65 years and older who had received a cancer diagnosis between 2000 and 2012. Claims information from 2007 to 2013 from the Centers for Medicare and Medicaid (CMS) were used to estimate cancer-attributable health care costs for this patient population.

Annualized average cancer-attributable costs, or the estimated costs for one year related to cancer, for medical care and oral prescription drugs per patient were estimated by comparing costs among patients with a history of cancer with an equivalent number of individuals without a history of cancer (controls). Controls were matched by sex, age (to the nearest year), race, and calendar year, among other factors. Cost estimates were inflated to reflect 2019 U.S. dollars.

“In this study, we found that the costs in the end-of-life phase of care were higher than those in the initial phase of care, and costs were highest among those initially diagnosed with advanced disease,” said study author Robin Yabroff, PhD, senior scientific director of Health Services Research at the American Cancer Society. “These results suggest that further research is needed to better understand the value and appropriateness of treatment intensity, especially among patients with advanced disease. There is also a need to ensure that expected costs of care are included in patient-provider discussions about treatment options, and that informed decisions can be made that fully reflect patients’ preferences.”

To project national cancer-attributed costs, the researchers combined phase-specific attributable costs with cancer prevalence projections (based on aging and population changes). While the per-patient annual cost estimates were based solely on older individuals with a diagnosis of cancer, the researchers included cancer prevalence and population data from those younger than 65 to allow for a more accurate estimate of national cost. Costs associated with younger individuals were adjusted to reflect higher costs than those observed in older individuals.

The researchers estimate that national costs for cancer-related medical services and oral prescription drugs in 2015 were $165 billion and $18 billion, respectively, totaling $183 billion. Based solely on population changes due to aging and growth, the researchers estimate that the national costs for cancer-related medical care and oral prescriptions drugs in 2030 will be $221 billion and $25 billion, respectively, totaling nearly $246 billion. This represents a total increase in national cost of 34 percent.

“Our projections of the total costs of cancer care are substantial,” noted Mariotto. “The number of people diagnosed with cancer increases with age, and an aging population means that the number of cancer survivors will increase, which is accompanied by significant cost.”

“Patient-provider discussions about treatment options should include not only expected survival, quality of life implications, and potential adverse events, but also expected costs of care for different treatments,” said Yabroff. “For patients with cancer who are working, these discussions should address how treatment affects the ability to work, especially if the patient’s health insurance coverage is through their employer,” she said.

The researchers used an assumption of dynamic population changes and constant incidence, survival, and costs as estimated in the most recent years of data, representing a limitation of the study. “Treatment patterns have been changing rapidly for many cancers, and cancer incidence and survival rates may change over time, and our estimates may not fully reflect these factors,” Mariotto said.

Mariotto and Yabroff declare no potential conflicts of interest.

This announcement was originally published on June 10, 2020, by the American Association for Cancer Research. It is republished with permission. 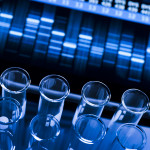 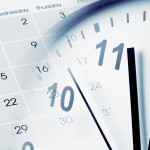 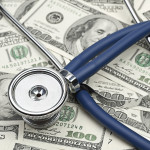