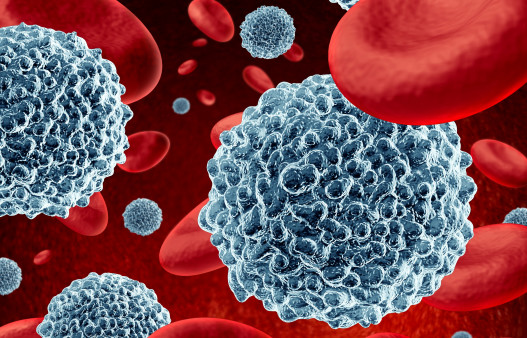 Venclexta Improves Outcomes Among Those With Chronic Lymphocytic Leukemia

Targeted therapy combination reduced the risk of disease progression or death by 65% in a randomized study.

Adding Venclexta (venetoclax) to Gazyva (obinutuzumab) improved the rate of progression-free survival compared with Gazyva plus chlorambucil among people with chronic lymphocytic leukemia (CLL) who had not previously been treated for the cancer, according to a study presented at the 2019 American Society of Clinical Oncology (ASCO) annual meeting in Chicago last month. The results were also published in The New England Journal of Medicine.

CLL, the most common type of adult leukemia, is difficult to cure. Although chemotherapy can sometimes put leukemia into remission, it usually doesn’t eliminate all the cancer and relapse is common. Targeted therapies work directly against leukemia cells while sparing most healthy cells.

Researchers led by Kirsten Fischer, MD, of the University of Cologne in Germany, conducted a multinational, open-label, Phase III trial comparing treatment regimens for people with CLL and coexisting conditions.

The study enrolled 432 people with previously untreated CLL who had additional health conditions that included reduced kidney function (a creatinine clearance of less than 70 milliliters per minute) or health problems with a score greater than 6 on the Cumulative Illness Rating Scale. The median age of the participants was 72 years old. They had a median Cumulative Illness Rating Scale score of 8 and a median creatinine clearance of 66.4 ml/min.

Venclexta blocks the BCL-2 regulatory protein, which interferes with normal cell death and allows cells to grow out of control. Gazyva is monoclonal antibody that binds to the CD20 receptor on malignant B cells. The combination was approved by the Food and Drug Administration in May. Chlorambucil is a traditional chemotherapy drug.

After a median 28.1 months of follow-up, 30 people who received Venclexta died or experienced progression of their CLL, compared with 77 of those who received chlorambucil. Progression-free survival rates after two years were 88.2% and 64.1%, respectively.

The overall response rate was 84.7% among those who received Venclexta compared with 71.3% among those who received chlorambucil. A respecitve 49.5% and 23.1% of each study group experienced a complete response to treatment, including some blood cell recovery. A respective 56.9% and 17.1% were negative for minimal residual disease in the bone marrow.

No new safety concerns arose during the study. The most common Grade 3 or 4 adverse health events among those who received Venclexta and those who received chlorambucil were neutropenia (52.8% vs. 48.1%) and infections (17.5% vs. 15.0%). A respective 9.3% and 7.9% of each study group died from any cause; the difference between these rates was not statistically significant, meaning it could have been driven by chance. A respective 16 and eight patients died from adverse events during or after treatment.