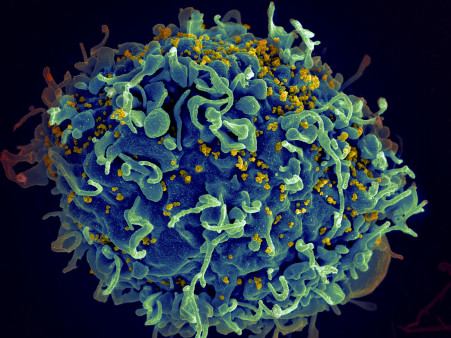 The Office of HIV and AIDS Malignancy at the National Cancer Institute coordinates cancer and HIV research. 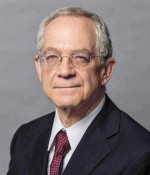 Robert Yarchoan, MD, is the director of the Office of HIV and AIDS Malignancy (OHAM) at the National Cancer Institute (NCI). In addition, he is a researcher at the NCI Center for Cancer Research. He studies AIDS-related malignancies, especially tumors caused by Kaposi sarcoma–associated herpesvirus (KSHV), which causes several serious diseases. He also studies HIV protease.

Yarchoan was appointed as the first OHAM director in 2007. He has held several HIV-related positions throughout his career. He led the first clinical trials of the first effective therapies for HIV, including zidovudine (AZT), didanosine (ddI) and zalcitabine (ddC). He was a coinventor of ddI and ddC as AIDS therapies and led initial studies of combination therapy.

What is the mission of OHAM?

NCI has played a major role in AIDS research since the beginning, conducting research both in HIV and HIV malignancies. OHAM was established in 2007 to coordinate its AIDS research and also to run certain programs directly. Having OHAM as a central office has greatly helped NCI to optimize its use of AIDS research funds.

Of the many areas OHAM coordinates, let’s start with the consortia for HIV/AIDS research in low- and middle-income countries (LMIC).

Low- and middle-income countries, especially those in sub-Saharan Africa, have a disproportionate amount of HIV/AIDS malignancies. This is in part because more people in those areas have viruses responsible for many of the cancers associated with HIV, such as KSHV, the cause of Kaposi sarcoma (KS). OHAM started with grants to train investigators in sub-Saharan Africa to do research on malignancies associated with AIDS.

In the past few years, this effort has been expanded with a sort of hybrid grant that combines funding of research in LMIC along with training and building of research capacity.

We partner academic institutions in Africa—and, more recently, in Latin America—with U.S. institutions. People from the U.S. institutions often go to Africa and vice versa. The idea is that these countries can facilitate overall research in these cancers and also address issues of importance in LMIC.

Examples of recent studies include the molecular biology of KS and how to best screen for cervical cancer in countries with limited health resources.

Tell us about the AIDS Malignancy Consortium (AMC).

Established in 1995, AMC conducts treatment-related clinical studies in HIV/AIDS malignancies. For a number of years, AMC had sites only in the United States but has now established sites in Africa and, even more recently, in Latin and South America.

The U.S. sites were first in cities that were the initial focus of the AIDS epidemic, but they’re now opening new sites in areas where AIDS is advancing most.

One of the other things AMC has expertise in is looking at the interaction between AIDS drugs and cancer drugs. NCI has made a substantial effort recently to get people living with HIV into general cancer trials. By studying the interactions between new cancer drugs and HIV drugs, AMC can provide guidance to enable people living with HIV to participate in a variety of cancer trials and get access to promising new therapies.

In the early ’90s, an NCI advisory committee noticed that a barrier to research was that scientists often had difficulty gaining access to samples of clinical material, such as tumor biopsies. NCI established ACSR to address this impediment.

ACSR collects tissues from people living with or at risk for HIV malignancies and then distributes them, without cost, to investigators. They have thousands of samples and have given them out to hundreds of investigators.

When AIDS first appeared, the Centers for Disease Control and Prevention established a definition to include the people who had the disease and exclude others.

Persons were considered as having AIDS if they had a condition associated with immunodeficiency but no known cause of it. First KS and then certain aggressive lymphomas were considered AIDS-defining cancers. During those early years, many people with AIDS developed and died from these rare tumors. Cervical cancer was then added to the list.

These are non–AIDS-defining HIV-associated cancers. People living with HIV can also develop incidental cancers unrelated to HIV. The good news is that those who have the virus are living much longer, but cancer is still a major concern.

What can we do to prevent cancer?

The most important step is to take effective treatment for HIV. Also, individuals who smoke should quit or reduce their smoking. Maintaining a good weight, exercising, avoiding sun exposure and excess alcohol, and eating a healthy diet can reduce the risk of certain cancers.

HIV-positive individuals should discuss with their physicians whether they may benefit from the HPV vaccine and, if they are or have been smokers, whether to get screened for lung cancer. They should also discuss getting age-appropriate screening for colon and breast cancer.

Finally, they should be aware that KSHV, the virus that causes KS, is excreted in saliva, so avoiding the use of saliva as a sexual lubricant may lower the risk of getting KSHV and developing KS.

What’s ahead for cancer and HIV?

A lot of basic research and observations are being translated into better therapies. For example, research in immune therapy for cancer has recently exploded. Novel immune therapies, such as checkpoint inhibitors, are now yielding remarkable results in tumors that were previously felt to be untreatable by enabling the person’s immune system to fight the cancer.

People questioned if these therapies would work in those with HIV. Clinical trials now under way are looking at this issue. There are other advances occurring in oncology that can benefit those with HIV who have or are at risk for cancer.

I encourage HIV-positive people with cancer to consider participating in clinical trials, such as those run by AMC or by NCI at the Clinical Center in Bethesda, Maryland. By doing so, people can gain access to promising experimental therapies and to physicians with expertise and interest in HIV malignancies. At the same time, they can help others.