Will the Affordable Care Act Survive the Supreme Court?

Once again, the Supreme Court heard oral arguments in a case that Republican leadership hopes will completely dismantle the Affordable Care Act (ACA), commonly known as Obamacare. It’s estimated that if the health care reform law is struck down, then 21 million Americans will lose their health insurance—amid the COVID-19 pandemic!—and nearly 133 million people with preexisting conditions could be disqualified for insurance or face much higher premiums.

Judging by questions the justices posed during Tuesday’s arguments in California v. Texas, experts and pundits predict that the ACA will survive, though it might do so without the individual mandate that requires all Americans to purchase health insurance or pay a fine.

If the case does play out that way—the ruling might not arrive until June 2021—then basically the current law remains unchanged. (In 2017, President Trump signed a Republican-led bill that neutered the individual mandate by setting the tax penalty at zero dollars, which they hoped would blow up the entire law. It didn’t.)

Of note, two conservative justices—John Roberts and Brett Kavanaugh—signaled their rejection of the plaintiff’s argument that without an individual mandate the entire ACA must be struck down. As Vox explains, the court must conduct a severability inquiry to determine whether severing, or removing, a provision of the ACA nullifies the rest of the law.

Kavanaugh, The New York Times noted, seemed to hint that he believed the individual mandate was severable. He said, “It does seem fairly clear that the proper remedy would be to sever the mandate provision and leave the rest of the law in place.”

The support of these two justices, in addition to that of the so-called liberal justices—Stephen Breyer, Sonia Sotomayor and Elena Kagan—means that at least five of the nine justices will uphold the ACA.

That is, if the court even rules on the constitutional questions of the mandate and its severability. As reporter Amy Howe at SCOTUSblog writes, also at stake is whether the plaintiffs have been injured or threatened by the ACA and have the legal right to sue, known as standing. If it’s decided they don’t have standing, then the case could be thrown out.

In California v. Texas, the plaintiffs include 18 states led by Republican attorneys general along with two individuals who claim they were forced to spend money on health insurance. But since the fine for not complying is zero dollars and there is no other punishment, how could they argue they were compelled to buy insurance?

And what about the opinions of Amy Coney Barrett, the justice who was sworn in last week amid much controversy? As Politico’s Josh Gerstein notes in “5 Key Moments from the Latest SCOTUS Obamacare Showdown,” the media has portrayed Barret as an extreme conservative itching to strike down the ACA. “But for all the hours spent on the issue last month [during her confirmation], Barrett didn’t seem to be much of a factor on Tuesday,” writes Gerstein. “Of course, she’ll get a vote like every other justice. But her status as the court’s most junior member, combined with the more regimented sessions prompted by the virtual arguments, made her something of an afterthought, coming up at the bottom of the batting order in each round of questioning.” Gerstein notes that Barrett also pointed out “there’s a presumption that statutes should be preserved even if a part of them is thrown out—the severability issue at the heart of the current challenge.”

Even if she did vote to strike down Obamacare, it seems likely that her conservative colleagues Kavanaugh and Roberts would not, thus effectively saving the health insurance law.

For some backstory on this case, see “Trump Administration Wants the Courts to Strike Down All of Obamacare.” You can also read a primer from Kaiser Health News titled “What to Know as the ACA Heads to the Supreme Court.”

In related news, AIDS United makes the case that it’s more important than ever to get coverage through the ACA right now. Open enrollment ends December 15. 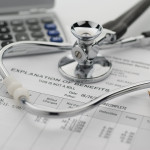