Blue Faery, Liver Cancer and the Promise of New Drugs

Even positive breaking news looks different to people who know the reality of a hard-to-treat cancer.

Andrea Wilson knows what a bear advanced liver cancer really is. It took her sister Adrienne at age 15. The year was 2001. In her sister’s honor, Wilson created Blue Faery: The Adrienne Wilson Liver Cancer Association, a nonprofit patient advocacy organization dedicated to advancing the diagnosis, treatment, prevention and cure of hepatocellular carcinoma (HCC), the most common form of liver cancer.

Back then, treatment options were extremely limited. That has changed. In 2007, the first targeted therapy for HCC—Nexavar (sorafenib)—was approved by the Food and Drug Administration (FDA). It took a decade for the next targeted drug, Stivarga (regorafenib), and the first immunotherapy, Opdivo (nivolumab), to be approved. In the last year alone, the FDA has approved three more new drugs: Lenvima (lenvatinib), Keytruda (pembrolizumab) and Cabometyx (cabozantinib).

But when I met Wilson at the American Society of Clinical Oncology (ASCO) 2019 annual meeting earlier this month, she made it clear that most people with advanced HCC still travel a rocky road. New treatments help some people and not others. The side effects can be intolerable. The treatments rarely cure. So her organization helps such patients get the best care—and make the hard decisions. 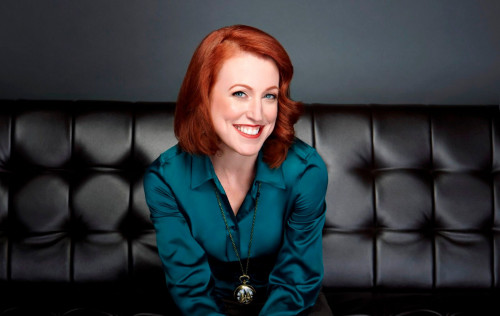 Wilson takes even positive breaking news with a grain of salt. For example, one of the studies Cancer Health reported on from ASCO 2019 showed modest improvements for people with advanced HCC who took Keytruda (pembrolizumab) rather than the standard of care. These are people who can’t take Nexavar, either because it’s not working for them or because they can’t tolerate the side effects.

But even these modest benefits might not translate as robustly in the real world, suggested Wilson. Why not? “Most of the people enrolled in this study had well-preserved liver function. That’s not typical of HCC. Most people who have liver cancer have compromised liver function.” Liver cirrhosis—which can be caused by an infection such as hepatitis B or C as well as by lifestyle factors such as obesity or heavy alcohol use—is a risk factor for liver cancer. So by the time many people with HCC are diagnosed, they already have poor liver function.

The exclusion criteria for this study isn’t necessarily a criticism of its design. All studies have eligibility criteria. Including people in studies who have certain other medical conditions can make it harder to determine whether a particular treatment is effective. But excluding them means that even positive results from an academic study may not translate into real-world benefits with the same power. To make studies more relevant to a wide population, cancer scientists are working to expand eligibility criteria for research in ways that still allow for scientific accuracy. Wilson has personally lobbied the FDA to expand the eligibility requirements for HCC studies.

On the positive side, she noted that six out of the 104 people in the study did extraordinarily well. “They achieved complete remission,” she said. “That’s amazing. I definitely want to follow them to see what we can learn from them.”

When Wilson considered the broader picture, though, she likened the rapidly changing therapeutic landscape to a marathon race. “When my sister was diagnosed, and really any time before 2007, we weren’t even in the race,” she said. “With sorafenib, we got to the starting line. Finally, there was something that might help patients live two months longer, and some lived much longer than that—if they could tolerate it.

“Now there are so many new drugs and combinations, maybe we’re at mile 2 of the 26.2 mile race. We’re in the race; people are cheering us on. It’s a definite improvement, but still…” 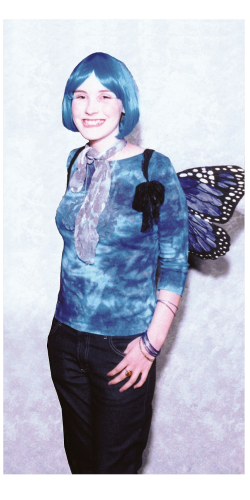 Meanwhile, Blue Faery counsels people with HCC. The website includes information for people who are newly diagnosed as well as extensive information about new studies and ongoing clinical trials. Wilson and her staff help guide people with HCC through getting second opinions, finding appropriate clinical trials, getting access to their medical records and getting care at National Cancer Institute–accredited institutions. She said, “We always take calls. I might talk to a patient and then check in with our medical advisory board and let them know, ’I have a patient. Here’s his medical history. He’s willing to travel this far. Where can we get him an appointment?’” She also helps people with HCC get assistance with insurance issues. “I let them know that there are patient assistance programs—often these aren’t advertised at all.”

But Wilson and her team also counsel people with HCC about the difficult decisions that arise with regard to the disease, such as whether—and if so, when—it’s time to stop treatment. “People hear about these new drugs, and they think they’re curative,” she explained. “No one has told them that they’re not. When you think something is going to cure you, you’ll go to the ends of the earth. But I don’t know a single oncologist who will tell a patient that not taking treatment is an option.”

What’s Most Important to You?

When she coaches patients, Wilson asks them to consider what is most important to them.

She provided one example—an ex-athlete who used to swim every day. When she talked to him, he’d been taking Nexavar every day for a year without a break. “His lifestyle was compromised,” she explained. “He felt like he’d lost part of who he is. He can’t swim anymore. He wants to live, but he understands that the drug is not a cure.”

Her question to him: “What is most important to you: how you live or how long you live?” She told him other drugs were available to him and that their side effects would likely be less severe. “‘But before you look at other drugs,’ I told him, ‘realize that there is a trade-off,’” she recalled. She told him that if he stopped treatment, he might not be able to get his old life back—for a while. “I told him, ‘You have to decide.’” It’s a conversation “no one wants to have,” she admitted.

For people with HCC—whether they are newly diagnosed and seeking the best possible treatment options, nearing the end of life and looking for the gentlest ways to manage their choices or somewhere in between—the staff and volunteers at Blue Faery: The Adrienne Wilson Liver Cancer Association are always ready to listen and provide support.